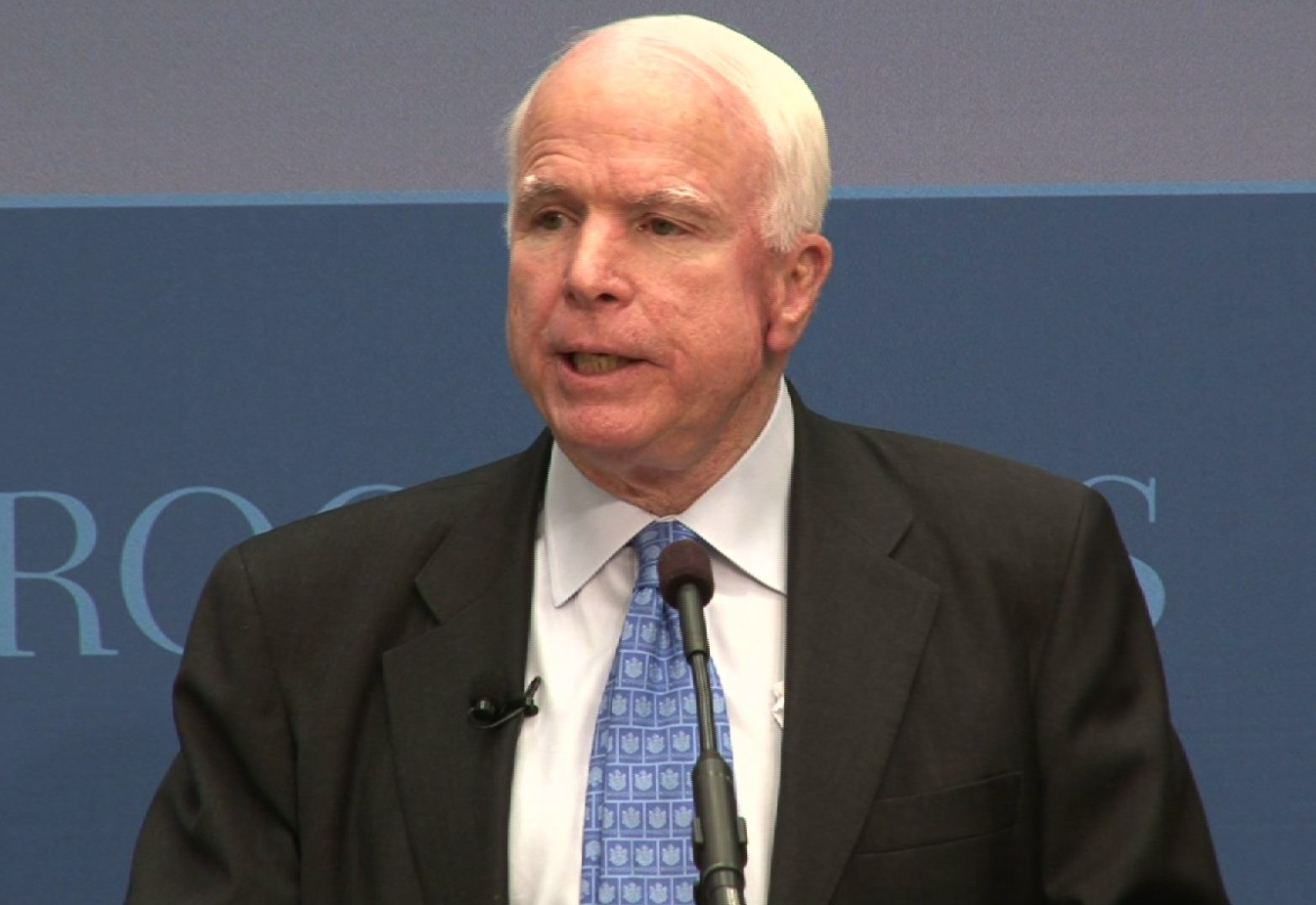 Fresh off a trip to Yemen, Jordan, and Turkey in which he snuck into Syria to consult with rebel groups there working to unseat the central government, Sen. John McCain, R-Ariz., warned Thursday that the Middle East is descending into violence and extremism, and Americans don't seem to care much about it - but they should.

Citing the civil war in Syria, the rising tide of violence in Iraq, and the fall of governments across the Middle East and North Africa, the Arizona Republican observed in a speech at the Brookings Institution that the "space for moderate politics" in the region is "collapsing" and warned that "al Qaeda affiliated extremist groups are now on the march."

But more disturbing still, McCain said, is "how little most Americans seem to care."

"Most are weary of war and eager to focus on domestic issues," he explained. "Some hold a more cynical view - they see the Middle East as a hopeless quagmire of ancient hatreds and a huge distraction from worthier priorities, whether it is rebalancing toward Asia or nation building at home."

"For those of us who believe otherwise," he said, "we have to answer a fundamental question: why should we care about the Middle East?"

The answer, McCain said, extends beyond our national interests in the region, which include energy security and the safety of regional allies like Israel who "depend on us for their security and who contribute more to the defense and wellbeing of our nation than most Americans will ever know."

We simply don't have any other choice but to care, McCain said: "If the Middle East descends into extremism and war and despair, no one should think America would be able to pivot away from those threats. Our national security interests would suffer and that is an inescapable reality."

"It is the lesson of September 11, 2001," McCain said, "and to believe otherwise is not only naive, it is dangerous."

The Middle East "also matters because much of the world views it rightly as a test of American credibility and resolve," McCain said, elevating the U.S. response to the Syrian civil war as the foremost indicator of that resolve.

The U.S. has said "that we would not tolerate the use or proliferation of weapons of mass destruction" in Syria, McCain said, and "if the United States now signals that it is unwilling or unable to meet its own stated commitments and enforce its own declared red lines, that message will be heard loud and clear far beyond the Middle East."

As he has before, McCain called for far more robust engagement in Syria to unseat Syrian President Bashar Assad, saying it would be "delusional" to assume Assad will bargain his way out of the conflict while he holds the upper hand.

To unseat Assad, McCain counseled, the United States should train and arm rebels fighting the regime and provide military support from afar by using cruise missiles.

But as we deliberate, McCain warned, we should keep in mind that time is of the essence: "The longer we wait to take action, the more action we will have to take."