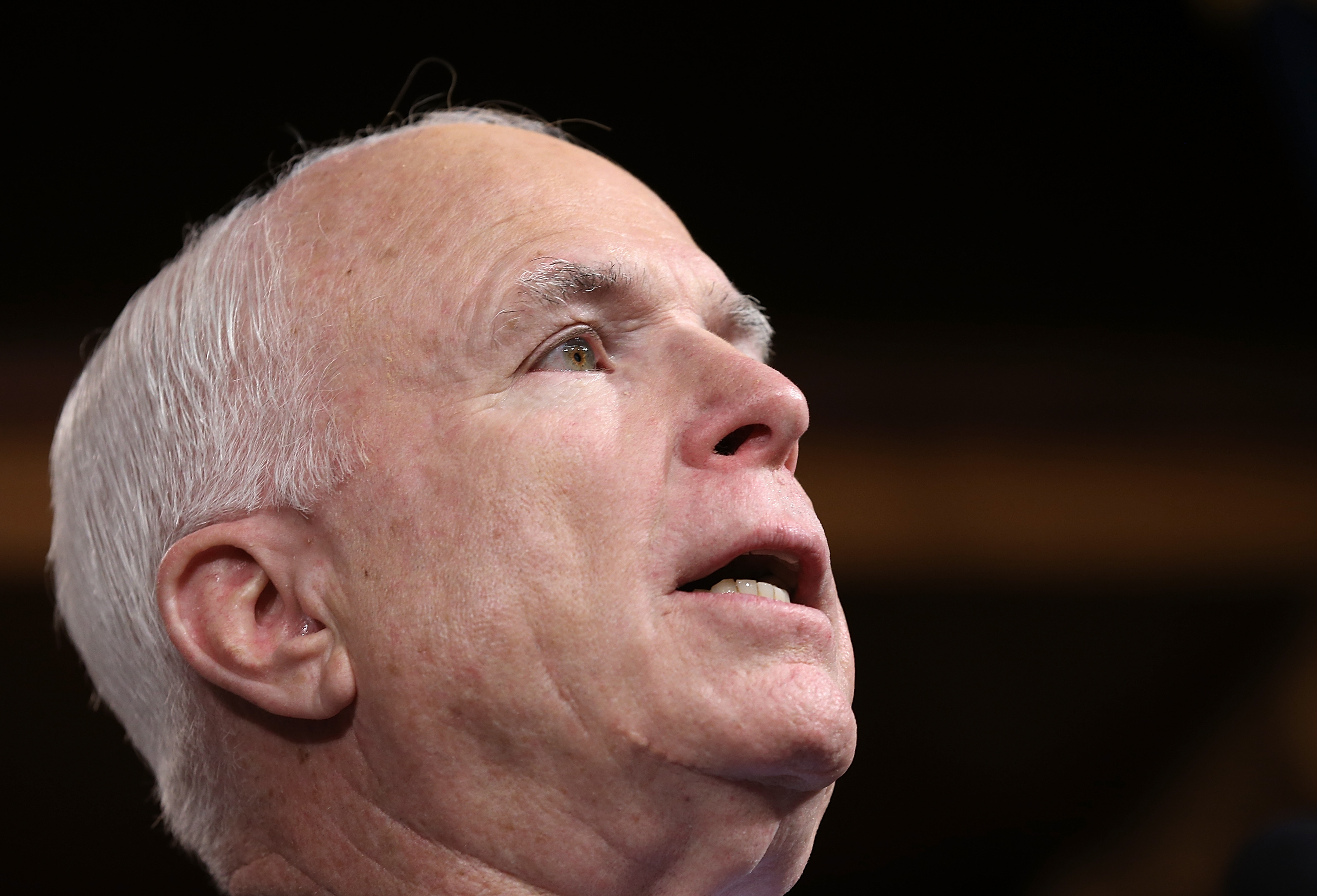 "To assume this kind of power is unacceptable," McCain said on "Fox News Sunday." He said the U.S. should "first condemn" Morsi's actions before taking any additional actions or next steps with the relatively new government.

Shortly after Morsi helped to usher in a cease-fire between Israel and Hamas, Morsi gave himself additional powers and diminished the role of the judiciary Thursday. His move limits the judiciary's ability to provide presidential oversight.

The U.S. should "renounce the statement and the move he just made," McCain, top Republican on the Senate Armed Services Committee, added.

The chairman of the committee, Sen. Carl Levin, D-Mich., suggested a softer tone. On NBC's "Meet the Press," Levin said Morsi is both a partner and a problem.

"We have to be cautious," he said, adding that President Obama should express his concerns and remind Morsi that he must respect the democratic process that elected him while protecting minorities and human rights.

In a statement, the State Department responded Friday to Morsi's order, saying, "The current constitutional vacuum in Egypt can only be resolved by the adoption of a constitution that includes checks and balances, and respects fundamental freedoms, individual rights, and the rule of law consistent with Egypt's international commitments. We call for calm and encourage all parties to work together and call for all Egyptians to resolve their differences over these important issues peacefully and through democratic dialogue."

Morsi's move has prompted violent protests in Egypt while his supporters have also taken to the streets.

He announced today he would engage "all political forces" to discuss the "temporary" declaration.