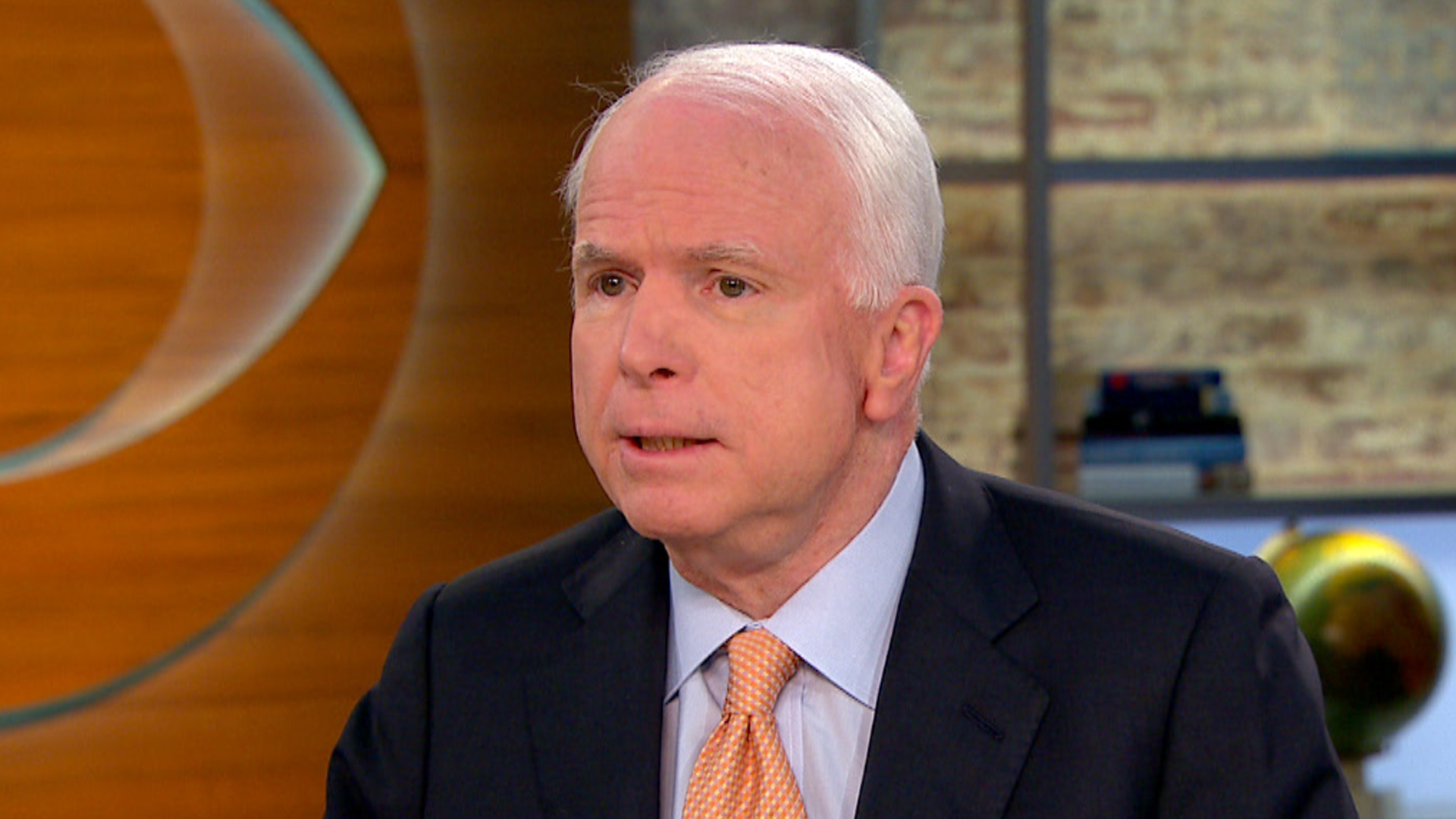 (CBS News) Senator John McCain, R-Ariz., has been highly critical of the Obama administration's handling of the U.S. Consulate attacks in Libya and Thursday morning, he called the response of the White House, along with Ambassador Susan Rice and Secretary of State Hillary Clinton, "unbelievable. The senator maintained there is no way that it was a spontaneous attack. "Like they say, 'Come on honey, bring your mortars, we're going to a spontaneous demonstration," McCain said of the claims that the violence escalated from an impromptu demonstration outside of the consulate building.

"It was obvious...this was a planned attack," he said Thursday on "CBS This Morning." He was referring specifically to comments made nearly two weeks ago by U.N. Ambassador Susan Rice who said the attacks that lead to the death of four Americans, including U.S. Ambassador Chris Stevens, were "spontaneous."

"It shows a fundamental misunderstanding of warfare and what's going on in that part of the world," McCain, the top Republican on the Senate Armed Services Committee, said.

"Anybody who understands warfare knows that is not a spontaneous demonstration," he said. "They carried heavy weapons, mortars, RPGs," adding, "I think this was an orchestrated attack."

McCain also said it is "incredible naiveté" to think the violence was born because of the American-made anti-Muslim video. He said it was "the Islamists using the video" to incite violence.

The administration has since come out and called the attacks an act of terrorism.

Turning to politics, McCain, who was the Republican presidential nominee in 2008, said that the president's campaign deserves "some credit" for running an effective campaign, "which is the most vicious I have ever seen," he said.

He added that the Romney campaign has to "keep moving one step at a time."

"I would keep talking about this failed foreign policy," McCain said.