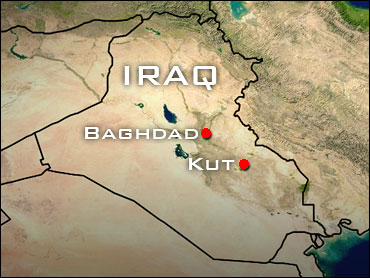 John McCain wants Barack Obama to go with him to Baghdad. Obama hasn't been to Iraq in two years and the Arizona Senator and presumptive nominee of the Republican Party wants to show the presumptive Democratic nominee that things have improved a lot in the last two years.

He wants to show him that surge is working. Need we remind either senator that when Senator McCain went on one of those trips, his highly publicized visit to a safe market with General Petraeus was soon exposed as an elaborate dog and pony show -- complete with soldiers armed to the teeth and attack helicopters over head just to make sure the safe zone really was safe.

There are several layers of reality in Iraq, and the one viewed through the prism of the military command is not always the clearest. What I was told by the Brass versus what I saw for myself on the ground in Iraq were sometimes two different things.

Perhaps Senator Obama should pay a return visit. I'd pick my own guide though.