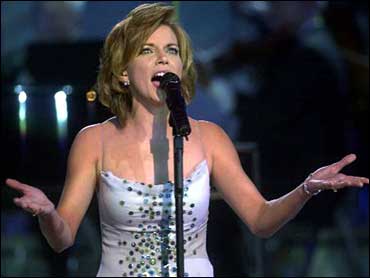 Martina McBride has received an order of protection against a man charged with stalking her.

Ricky D. Fissel, 42, is charged with stalking the 40-year-old country singer after he came to her home twice in early April.

McBride's husband, John McBride, said in court papers that Fissel came to the door around 10 p.m. April 1 and asked if the singer was home. He told the man to get off the property, but Fissel returned a week later around 9:15 p.m. to ask him "Who lives here?" before speeding off.

After John McBride identified Fissel in a photo lineup, a search at Fissel's home revealed a newspaper article with Martina McBride's photo circled with hearts drawn around it, the legal statement said.

The singer was in court Tuesday seeking the protection order. A spokeswoman did not immediately return a phone message for comment.

Fissel is to appear in general sessions court on the mental health docket May 11, court officials said.