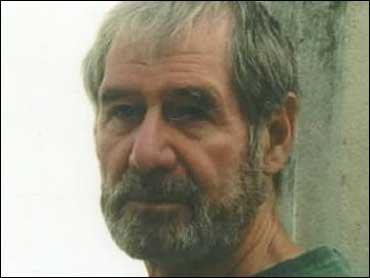 Evan Hunter, who wrote the Ed McBain 87th Precinct detective series as well as novels including "The Blackboard Jungle," died of cancer of the larynx, his agent said. He was 78.

Writing as McBain, he pioneered the police procedural genre with his 87th Precinct series, which grew to more than 50 titles as it tracked a detective squad in a gritty city not unlike Hunter's hometown of New York. Among titles in the series were "Eighty Million Eyes," "Widows," and "Money, Money, Money."

He won the Mystery Writers of America's Grand Master Award for lifetime achievement in 1986, and in 1999 became the first American to take the Cartier Diamond Dagger from the British Crime Writers' Association.

Hunter also helped Alfred Hitchcock adapt the screenplay for the 1963 film "The Birds."

Before he became McBain, Hunter had already began writing under his own name, drawing on his own experience as a teacher to pen 1954's "The Blackboard Jungle," a story of big-city school violence that became the 1955 film starring Glenn Ford and Sidney Poitier.

His other novels as Hunter included "Mothers and Daughters" in 1961 and "Last Summer" in 1968.

Besides "The Birds," Hunter also worked on screenplays from his own novels, including the 1972 Burt Reynolds movie "Fuzz" and 1960's "Strangers When We Meet," with Kirk Douglas and Kim Novak.

Though he was known as Hunter and also wrote as McBain, he was born Salvatore Lombino in 1926 in New York. He began writing while serving in the Navy during World War II and changed his name in 1952, believing his Italian heritage would otherwise lead publishers to reject his work.