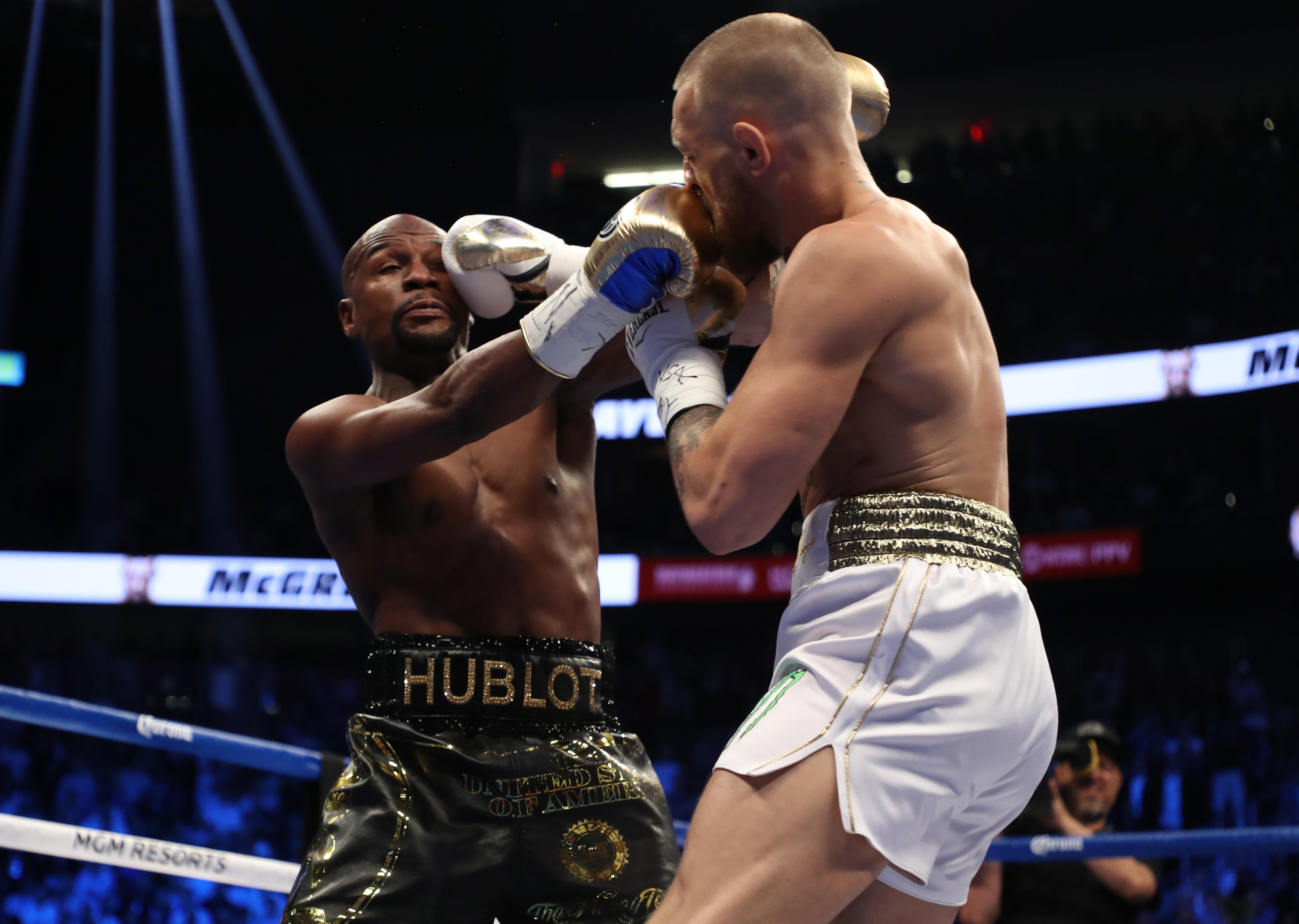 Mayweather figured out a 50th opponent Saturday night, letting McGregor have the early rounds before stalking him late and leaving the mixed martial artist defenseless and exhausted on the ropes in the 10th round.

It was a smashing end to a career that earned Mayweather more money than any fighter before him - including an estimated $200 million for his last bout.

"I think we gave the fans what they wanted to see," Mayweather said. "I owed them for the (Manny) Pacquiao fight."

Mayweather battered McGregor around the ring in the later rounds, finally stopping him at 1:05 of the 10th with a flurry of punches that forced referee Robert Byrd to stop the fight.

Before a pro-McGregor crowd that roared every time the UFC fighter landed a punch, Mayweather methodically broke him down after a slow start to score his first real stoppage in nearly a decade. He did it in what he said would be his final fight, against a man who had never been in a professional boxing match before.

McGregor boxed surprisingly well but after landing some shots in the early rounds, his punches seemed to lose their steam. Mayweather then went on the pursuit. McGregor backpedaled most of the way, stopping only to throw an occasional flurry as Mayweather wore him down.

"I turned him into a Mexican tonight," McGregor said. "He fought like a Mexican."

Though Byrd cautioned McGregor for hitting behind the head on two different occasions, there were no real fouls in the fight and McGregor never tried to revert to any MMA tactics

McGregor had vowed to knock Mayweather out within two rounds, and he won the early rounds with movement and punches to the head. But the tide of the fight turned in the fourth round as Mayweather seemed to figure out what he had to do and began aggressively stalking McGregor.

Mayweather, a five-time world champion, was coaxed out of retirement to face McGregor, a mixed martial arts champion who had never boxed professionally.

The verbal sparring began long before the first punch is thrown. For the last two months, Mayweather and McGregor have been on a trash-talking tour promoting the unusual match-up between a mixed martial arts champion and a man who many consider to be the best pound-for-pound boxer in history.

Mayweather, who was the overwhelming favorite, is eyeing a $200 to $300 million payday. McGregor could earn up to $100 million -- win or lose. But McGregor had to stick to boxing rules, which means no kicking and no grappling.

The build-up Saturday night was so intense that the fight was delayed due to pay-per-view problems.