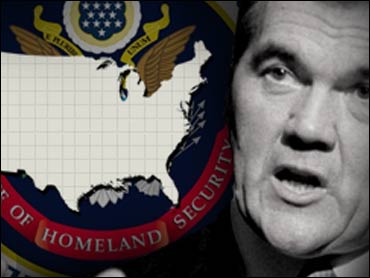 Mayors from the nation's largest cities expressed frustration over delays in receiving billions of dollars of promised federal funds intended to help them prepare and react to possible terrorist attacks.

The U.S. Conference of Mayors released a survey of 168 cities Wednesday that found cities were struggling to maintain existing services as they spend more on security, waiting to be reimbursed for as much as $4 billion in counterterrorism aid sent from Washington and filtered down through the states.

"Cities are on the front line of homeland security, but in the back of the line for funding. We're sending $87 billion to Iraq for reconstruction, but we can't even get $4 billion spent in direct funding to our first responders to protect Americans," said Baltimore Mayor Martin O'Malley.

The study, released at Los Angeles and New York news conferences attended by several mayors, said 90 percent of cities had not received their share of $1.5 billion allocated by the nation's largest homeland security funding program. It also found that over half of cities have either not been consulted or have had no opportunity to influence how the state distributes the funds to cities.

"All the swagger and bravado coming out of Homeland Security does not mean that any of my police are better protected or better informed," O'Malley told CBS News earlier this month.

A spokeswoman for the National Governors Association disputed the assertion that state governments were holding up the federal funds and defended the Bush administration's decision to use states as the focal points for aid.

"States are the only players sitting at the homeland security table that are in a position to take the lead in formulating regional strategic plans that protect our communities," the spokeswoman, Christine LaPaille, told The New York Times.

Earlier this week, Homeland Security Secretary Tom Ridge dismissed the growing cries from state and local governments for more federal dollars to fight terrorism. He said the money is there, just waiting to be tapped.

"I know there are concerns about access to dollars, if I were a governor or mayor I'd be concerned," Ridge said Tuesday. "The dollars are available to the cities and states, they just need to apply for them."