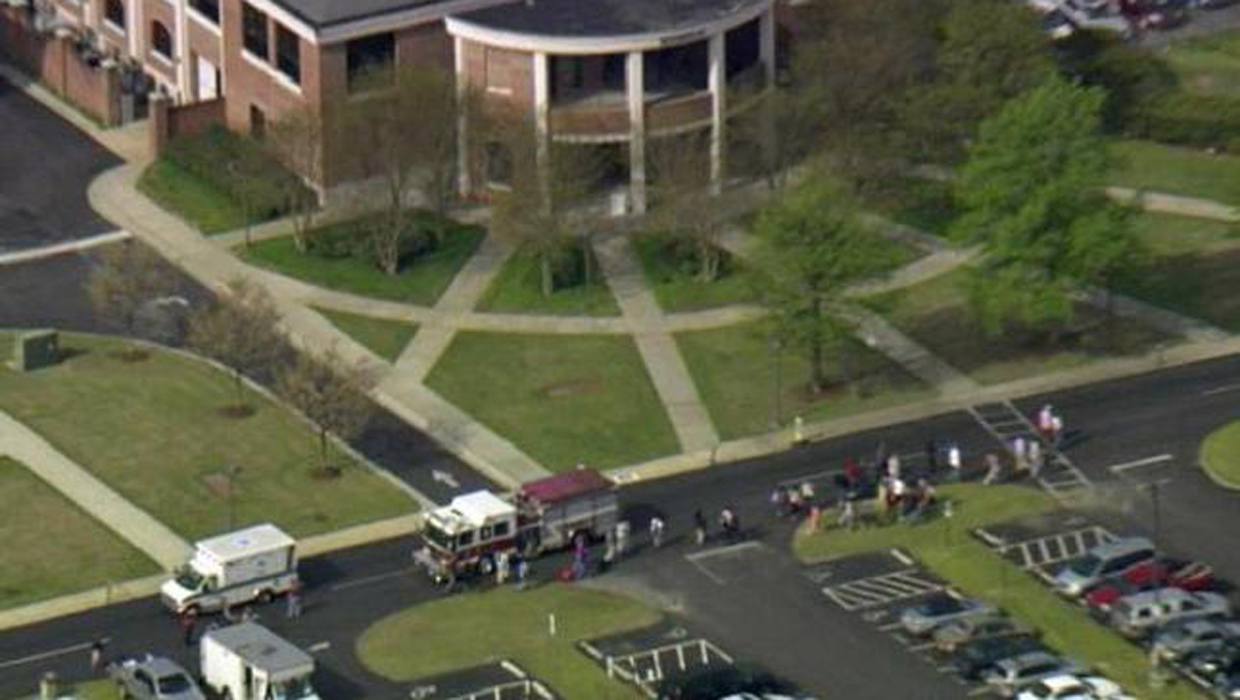 GOLDSBORO, N.C. -- One person was killed Monday morning after a shooting on the campus of Wayne County Community College in Goldsboro, N.C., the town's mayor confirmed to CBS affiliate WRAL.

Police are still searching for a suspect, reports the station. Goldsboro is about 50 miles southeast of Raleigh.

Law enforcement officers flooded the campus and locked down buildings. The Goldsboro New-Argus reported via Twitter that officials were sweeping buildings and allowing students and personnel to leave.

Police are describing the suspect as a white male, about five feet, eleven inches tall with a goatee and a tattoo over his left eye. The man was reportedly last seen wearing a blue jacket and a long rifle.