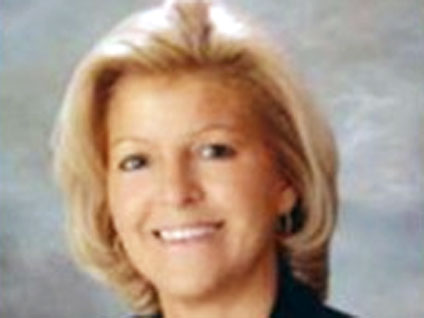 DALLAS (CBS/AP) Mayor Jayne Peters of Coppell, Texas, apparently shot and killed her 19-year-old daughter in the back of the head nearly a day before killing herself, according to documents released by police Thursday.

The Dallas County Medical Examiner's Office ruled the shooting deaths a murder-suicide in late July, but Coppell police said they were still unable to determine why 55-year-old Jayne Peters killed herself and daughter Corinne Peters.

Reports recently surfaced that the mayor was in serious financial trouble and authorities believe she was still mourning the death of her husband, who died of cancer two years ago.

"We can't pin down a motive. Only she will ever know," city spokeswoman Sharon Logan said.

According to police, Corinne Peters was seen for the last time on July 12 around 6 a.m. loading items into her car. About 30 minutes later, the mayor was seen unloading the items, police said. Police are led to believe that sometime in that 30-minute time frame, Jayne Peters shot her daughter in the laundry room.

The bodies of the mayor and her daughter were found by police at their home after the usually prompt mayor failed to appear at a regularly scheduled city council meeting, said CBS affiliate KTVT.

Authorities have found it difficult to establish the exact time of death for the mayor but determined that she killed herself late that evening or in the early morning hours of July 13. Officials say she had taken a pillow, blanket and book about coping with suicide into the upstairs bathroom where she killed herself. Photos of her husband and daughter were inserted in the book.

The mayor left several notes for investigators; one requested there be no funeral or memorial services.

A typed note found in the kitchen read: "My sweet, sweet Corinne had grown completely inconsolable. She had learned to hide her feelings from her friends. But the two of us were lost, alone and afraid. Corinne just kept on asking, 'Why won't God let me die?' We hadn't slept at all and neither one of us could stop crying when we were together."

Jayne Peter's life seemed perfectly normal to the outside world. She was elected mayor of the City of Coppell in May 2009 and devoted much of her time to her position while balancing that with being a mother.

However, that image fell apart after her death when it was revealed she was in deep financial distress and was under suspicion of using her city credit card for personal expenses. Her daughter Corinne had told friends she was headed to the University of Texas, but the school has since said the young woman never even applied.

Logan said the city attorney determined after Jayne Peters' death that she charged about $6,350 in personal expenses to her city credit card.