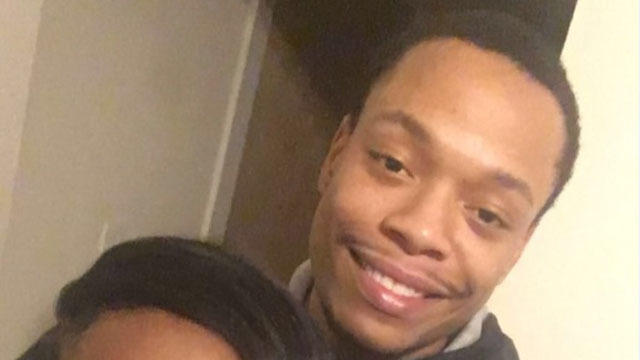 CHICAGO — The family of a black man shot dead by police in Chicago last month are questioning investigators' account of his death after authorities released bodycam video Wednesday of the fatal encounter. A family lawyer says the video shows Maurice Granton Jr. wasn't armed and didn't pose a threat when he was shot by officers conducting a drug investigation on June 6.

Police had said that Granton, 24, ran from plainclothes officers in Bronzeville. Chicago police told the Chicago Tribune Granton had been spotted in a drug transaction by a surveillance camera. Police said he ignored their orders to stop, pulled a gun and was shot by one of the officers.

But the family disputes the police account that there was an "armed encounter." The lawyer, Antonio Romanucci, said a gun was found about 20 to 25 feet away from Granton's body, but said many questions remain unanswered about the firearm, reports the Chicago Tribune.

"There is no explanation as to why this young man was shot multiple times when at all times he appears on video unarmed," Romanucci said in a statement Wednesday.

Chicago police released a limited video shortly after the shooting that it said showed Granton holding a gun sometime before the shooting, according to the Chicago Tribune. The department also tweeted out a photo of a 9 mm handgun they said they recovered. Police spokesman Anthony Guglielmi told the Tribune at the time the video was being released "in response to claims that offender was unarmed and the weapon was planted by CPD officers."

In a statement Wednesday, Romanucci decried the Chicago Police Department's decision to tweet a picture of the firearm after the shooting "without any further information as to who the gun belonged to, whether it was in Maurice's hands, how far it was from his body, etc. — implying it only was Granton Jr's. — with no factual evidence it was his."

After viewing the video with Granton's family at the Civilian Office of Police Accountability, which is investigating the shooting, Romanucci and co-counsel Andrew Stroth called the shooting "unjustified," reports the Chicago Tribune. The video released Wednesday shows Granton running towards a fence and attempting to climb it before seeing an officer approaching him from the other side. He jumps down, turns around and appears to be running away from the officer when he is shot and falls to the ground.

Granton is seen writhing in pain and then stops moving. An officer calls for an ambulance, but no one appears to render aid. A medical examiner determined he was shot in the back, reports the Chicago Tribune.

"He didn't have no gun on him. He has two kids to live for, so he wouldn't do anything dumb. He came home to his kids every night," she said. "That's not his personality. He wouldn't even chance his life doing that, knowing he has two very young kids to come home to."

Granton's father, Maurice Granton Sr., told reporters after seeing the video Wednesday his son was "left on the ground like an animal," calling the shooting "cold-blooded murder," reports the Tribune.

"He's not a person who would have an armed confrontation with a policeman," Granton Sr. said. "He didn't deserve death for whatever crime they think he committed."