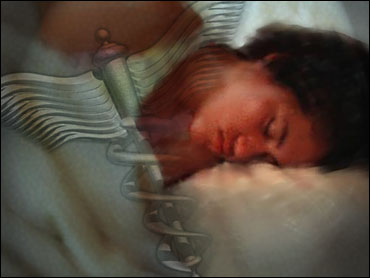 Contrary to popular belief, a firm mattress may not necessarily be best for the back, new research suggests.

Doctors have traditionally recommended hard beds for people with lower-back pain, but that advice has been based on scarce evidence.

Now the first substantial study has found that people who slept on medium mattresses were twice as likely to report an improvement as people using firm ones.

Experts said the study, published this week in The Lancet medical journal, doesn't mean everyone would benefit from a medium mattress, and that trial and error is still the best way to choose. Anyway, there are no standardized gauges for the firmness of a mattress.

"This has been very poorly studied in the past," said Dr. Scott D. Boden, professor of orthopedics and director of the Emory Spine Center at Emory University in Atlanta. "Clearly mattresses can make a difference for individuals, but the question remains whether or not there's one formula that's going to work for everyone."

Boden, who was not involved in the study, said "everyone has to figure out what works best for them, but mattresses could be something, if you have chronic back ache, that you should pay attention to."

The study, conducted by scientists from clinics in three areas of Spain, involved 313 people who had unexplained chronic lower-back pain while lying in bed or on getting up in the morning.

Half were given a firm mattress and half a medium one. Firmness was rated on a scale of one (firmest) to 10 (softest). The firm mattress used in the test scored 2.5 on the scale, while the medium mattress was a 5.6.

Patients were asked to rate their low back pain on a scale of one to 10 when they woke up and 30 minutes after getting out of bed, before the new mattress came and three months after sleeping on the new bed. Changes in pain-related disability were also measured.

The Spanish scientists believed those results were distorted because people could tell whether they had a firm or medium mattress, and may have been influenced by believing that firm was better.

Discounting for that bias, the report suggested that people on medium mattresses were twice as likely to report improvement as the firm mattress group.

The results mean doctors can now be confident "in recommending a mattress of medium firmness rather than the previously recommended hard bed for patients with chronic low-back pain," said Jenny McConnell, a sports medicine researcher at the University of Melbourne in Australia.

"There needs to be an equal distribution of pressure," he said. "Too firm of a mattress is not good. It doesn't provide enough contour to our bodies. Too soft is going to bend and cause problems as well."