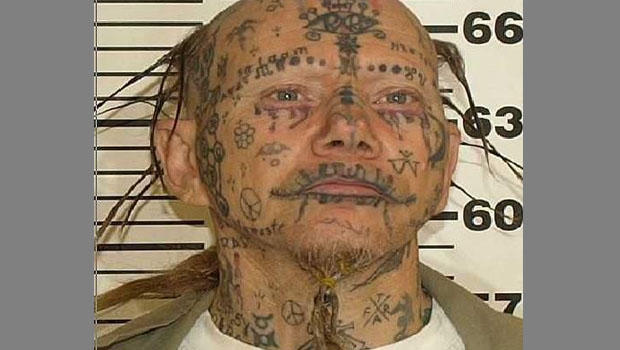 PETERSBURG, Va. -- Officials have apprehended a tattoo-covered convicted sex offender recently released from a Virginia prison after he failed to show up at a transitional center in Texas.

News outlets report that authorities say 45-year-old Matthew Ezekiel Stager was released Thursday from the Federal Correctional Complex in Petersburg. He was supposed to check into the transitional center that day but never did. U.S. Marshals issued a wanted alert, describing him as having distinctive tattoos on his face, head and neck.

Stager was arrested in Washington, D.C. near a Metro station Wednesday afternoon, reports the Washington Post.

Authorities say Stager has a history of drug abuse and mental health concerns.