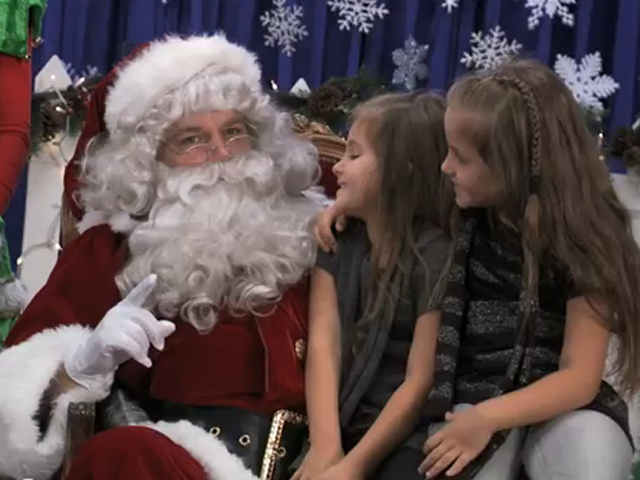 (CBS) Matt Damon dons a Santa suit and transforms into Damon Claus to promote the gift of clean water for his foundation Water.org.

The  kids piling up onto Damon Claus' lap ask to meet Justin Bieber or want a Darth Vader mask for Christmas, but Damon suggests a Water.org water bottle instead. The kids don't take that option so well.

"If you were stranded in the desert what would you rather have? This water bottle or Justin Bieber?" Damon Claus fires back, though the girls answer is still Bieber.

Damon Claus then tries to entice the kids with an autograph from Matt Damon, but instead a little boy responds, "Who is Matt David?"

In the end, he finally wins over one girl's heart, who says she rather take the water bottle  than Matt Damon's signature.