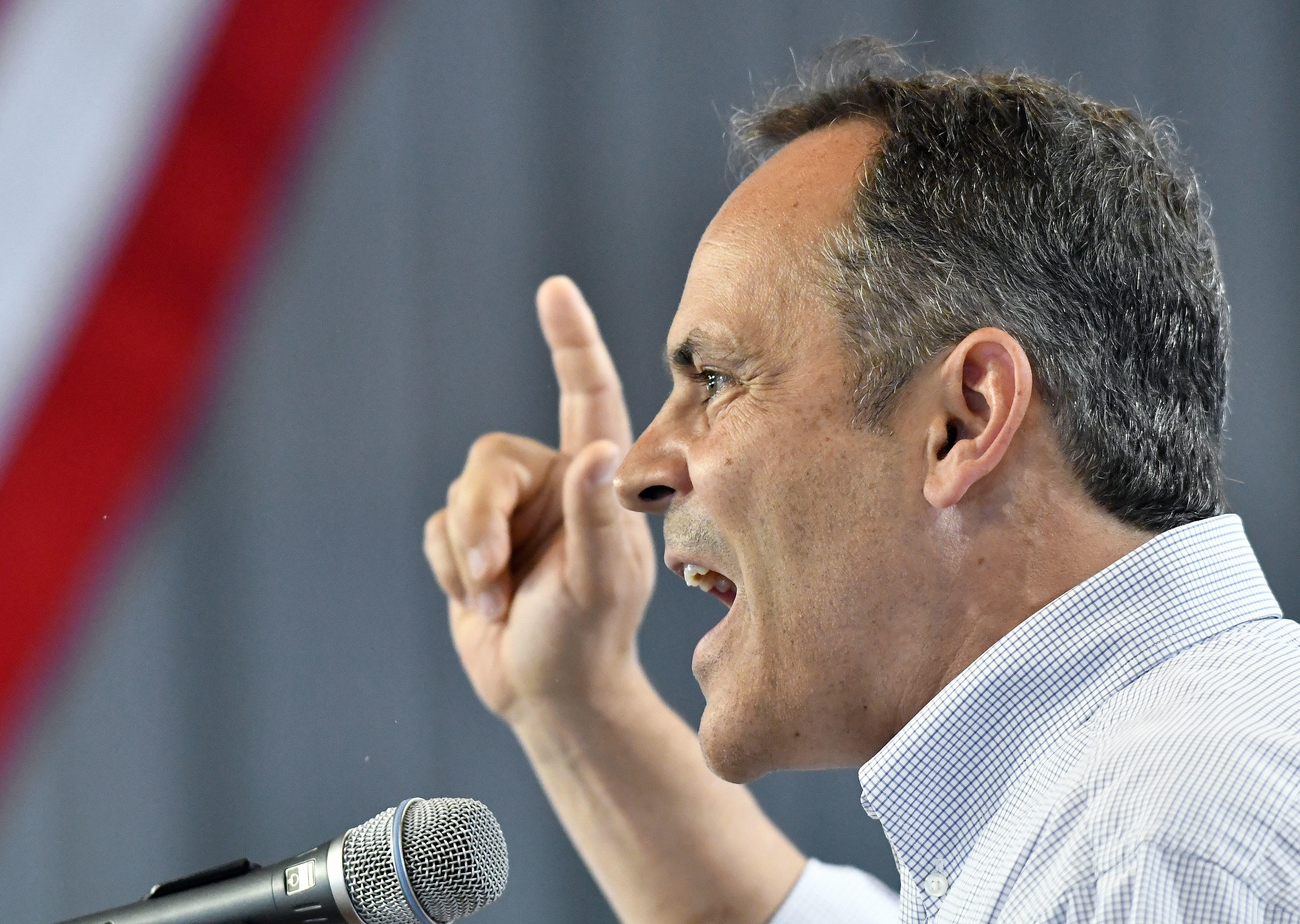 LOUISVILLE, Ky. -- Schools in several of Kentucky's largest counties were forced to close Friday when teachers angered by the passage of a pension overhaul refused to go to work. The state's two largest districts in Louisville and Lexington were among at least eight school districts that closed schools due to employee absences.

"A lot of sick days are going to be used today," said Patricia Lea Collins, the Head Start and preschool director for the Pike County school system.

The Kentucky Education Association branded as "shameful" the swift way lawmakers pushed the measure through the Republican-led Legislature without allowing the public a chance to comment.

One of the association's principal objections is that the measure will change the structure of pension benefits for future teachers.

House Republicans said the new bill does not change cost of living adjustments, but does move future teacher hires off the pension to a "hybrid" plan, CBS affiliate WLKY reported.

Republican Gov. Matt Bevin supports the bill and tweeted Thursday night that public workers owe "a deep debt of gratitude" to the lawmakers who voted in favor.

Jefferson County officials in Louisville said they couldn't get enough substitutes to cover all their classes Friday. In Fayette County, officials said more than a third of school employees in the Lexington district were staying home.

The final version of the pension overhaul removed some of the most vilified provisions of previous proposals. Current and retired teachers, who are not eligible for Social Security benefits, would still get annual raises of 1.5 percent in their retirement checks. And current workers would not have to work longer to qualify for full benefits.

But new hires would be moved to a hybrid plan. They would be guaranteed all of the money they and taxpayers contributed to their retirement accounts, plus 85 percent of any investment gains. The state would keep the other 15 percent. The bill would also allow the state to change pension benefits for new teachers from an "inviolable contract" that would protect them from future benefit changes.

On Thursday evening, the Capitol was awash with emotion as lawmakers made impassioned speeches, buoyed by chants of "do the right thing" from teachers in the halls that seeped through the closed doors of the legislative chambers. In the House, Republicans turned to one of the few teachers in the state legislature to carry the bill in the hopes he could calm the storm of protests outside.

"This directly affects me. And that's why I have chosen to take this stance today to try to help calm our educators and others to say this is necessary to solidify your future pension," Rep. John "Bam" Carney said. But as he spoke, someone yelled from the gallery that he was a "scab" and teachers who gathered outside the chamber chanted it was time for Carney to go.

The GOP-controlled House approved the bill Thursday night, 49-46. Eleven Republicans joined 35 Democrats in opposing the measure. The Senate later passed it, 22-15, as teachers outside shouted "Shame on you!"

Democratic Rep. Tom Burch called the bill "garbage" as he slammed it on the table during a hastily called committee meeting Thursday. He called Republicans "a bunch of cowards" for not voting to legalize marijuana and casino gambling, revenues he said could be used to help pay down the pension debt.

"How can you guys shave in the morning without cutting your throat?" Burch asked.

The bill removes some of the most vilified provisions of previous proposals. Current and retired teachers, who are not eligible for Social Security benefits, would still get annual raises of 1.5 percent in their retirement checks. And current workers would not have to work longer to qualify for full benefits.

But new hires would be moved to a hybrid plan. They would be guaranteed to get back all of the money they and taxpayers contributed to their retirement accounts, plus 85 percent of any investment gains. The state would keep the other 15 percent.

But the bill would also remove new teachers from an "inviolable contract" that would protect them from future benefit changes. Retired educators like Carlotta Abbot worried about how it would impact the future of their profession.

"I have a 19-year-old granddaughter who wants to become an educator, and I cannot in good faith encourage her to become a teacher now," she said.

The bill came up so quickly that some lawmakers signaled that they didn't know how it would financially impact the system. Republican Rep. John "Bam" Carney said lawmakers expect it to save $300 million over the next 30 years. But Kentucky is at least $41 billion short of the money it needs to pay retirement benefits over that same time.

"There was some hope that some of the things we could do in pension reform could make a larger impact on that future liability, but at the end of the day there just wasn't the will to do that," Acting House Speaker David Osborne said.

Shoring up the pension system has been a priority of Bevin's since taking office in 2015. But his efforts have met with difficulties. Thousands of teachers and public workers marched recently at the Capitol, and lawmakers balked under the pressure. Frustrated, Bevin called opponents of his plan "selfish" and "willfully ill-informed." His comments earned rebukes from Republican legislative leaders and galvanized the opposition.

But with time running out on the 2018 legislative session and lawmakers still having not approved a two-year operating budget, Republican leaders said they had to get the pension bill passed.

"This issue was threatening to strangle the life out of the important issues that remain in the session," Osborne said.