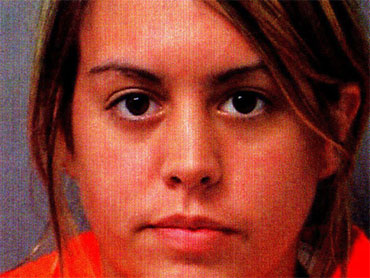 NEW YORK (CBS) In the early hours of June 5, 2005, Jennifer Jackson, 39, was stabbed more than 50 times in her Memphis, Tenn., home. Her daughter Noura, 18 at the time, was convicted of murder four years later. She is part of a very small group of offenders - daughters that kill their mothers.

Parricide, the proper name for a child killing one or both parents, makes up less than two percent of homicides in the United States. Of that number, the vast majority is committed by sons - approximately 85 percent. Of the cases perpetrated by daughters, only a minute number are girls aged eighteen and younger.

When children do kill their parents, the cases garner a great deal of media attention.

When the Menendez brothers were first tried for the 1989 shotgun murder of their parents in California, cameras were allowed into the courtroom and Court TV gained notoriety and a loyal following of viewers for televising the daily proceedings for months. After a hung jury, the brothers were eventually convicted in a second trial and sentenced to life in prison.

Though Lizzie Borden was never convicted of killing her father and stepmother with a hatchet in 1892, her name is still synonymous with the crime more than a century later. And while fictional, Norman Bates, the cross-dressing son from Alfred Hitchcock's Psycho, embodies the stereotype of a son driven to kill because of his severely abusive and domineering mother.

What makes a child kill? And specifically, what makes a daughter kill her mother?

For daughters over 18, mental illness is most often to blame, according to University of South Florida Professor Kathleen Heide.

But under the age of eighteen, mental illness is the least likely root of the crime. The most common type of female juvenile matricide offender has been severely abused by their mother, and that accounts for over half of all cases. The next most likely cause is an offender that is classified as dangerously antisocial.

Perhaps matricide is most troubling because of the bond that exists between mothers and daughters, which Professor Heide acknowledges as very strong. "I believe it's stronger among daughters than sons. Little girls want to be like their moms and look toward [them] as their role models." Professor Heide also notes that love doesn't seem to be lacking in most of the cases of matricide she's studied over the years. "At the end of the day, these girls really do love their mothers - that's the irony."

Currently, Noura Jackson is serving out her 20 year sentence at a correctional center in Memphis, Tenn. If she serves the full term, when she is released she will be a year younger than her mother was when she was murdered.

Watch a preview of this week's 48 Hours | Mystery, "My Mother's Murder."