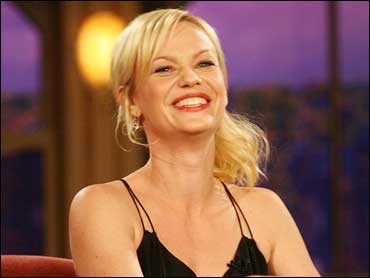 The 36-year-old actress plays a critically ill woman awaiting a heart transplant in "A Stranger's Heart," airing Saturday on the Hallmark Channel.

"I believe after people see this film, they won't think twice about checking that box on their driver's license and considering the importance of making their wishes known to their families," Mathis said. "Most people don't realize that one donor can save up to eight lives. That's an amazing legacy to leave."

Mathis said the script appealed to her because of its sweetness.

"It's easy for all of us to forget what a gift it is to be healthy every day," she said. "After her operation, my character begins to notice the little things for the very first time. She gets lost in the beauty of life."