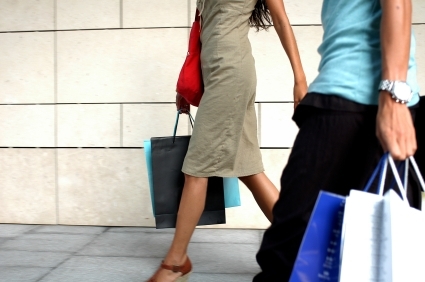 But a new study suggests the Beatles might have been on to something with their classic song - these objects won't buy you love.

The study - published in the Oct. 13 issue of the Journal of Couple & Relationship Therapy - suggests that materialistic couples are unhappier and fight more.

Researchers surveyed 1,700 couples across the nation and asked about their relationship, and how much they valued having money and "lots of things." One in five couples both admitted a strong love of money, but these couples also said money was their main source of conflict. Money-loving couples scored 10 to 15 percent worse on "relationship stability" than couples who said money was not important.

"Couples where both spouses are materialistic were worse off on nearly every measure we looked at," study author Dr. Jason Carroll, professor of family life at Brigham Young University in Provo, Utah, said in a written statement. "There is a pervasive pattern in the data of eroding communication, poor conflict resolution and low responsiveness to each other."

Is money really the root of all evil for marriages?

Carroll said materialistic people may spend more time looking for new things rather than nurturing their relationships."They simply don't give relationships the same priority and attention as non-materialistic spouses," he told MSNBC.

"People who are materialistic tend to be narcissistic and concerned with impressing people," Dr. Susan Heitler, a Denver-based clinical psychologist and creator of marriage resource site Poweroftwomarriage.com, told ABC News. "They have a tendency to be anxious, depressed, have relatively poor relationship skills and have low self-esteem. These qualities in turn can cause marital problems." Heitler was not involved in the study.

Caroll suggested that materialistic couples should step back from their situation and figure out what truly matters. He told MSNBC they should ask:

"Are we allowing some of our materialistic ambitions to get in the way of things that really, at the core, matter a lot to us?"