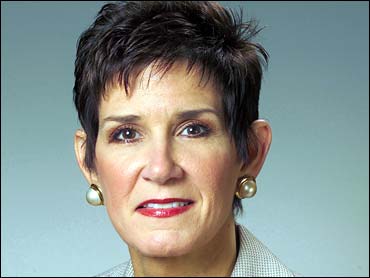 "It's the absolute nexus of what I love to do," Matalin told The Associated Press on Tuesday. "I think we're on the threshold of a whole new way of looking at politics and policy and there's something vital about getting those ideas down in book form."

The imprint, currently unnamed, is expected to release six to 10 books a year, beginning in 2006.

"There have been sentiments throughout the company for creating a conservative imprint," said David Rosenthal, executive vice president and publisher of Simon & Schuster's adult trade division. "Mary is a distinctive voice in politics ... and we thought she might be interested in doing this. It seemed liked a cool idea."

The market for conservative books has become increasingly competitive. Penguin Group USA and Random House, Inc., have formed special imprints in recent years and Regnery Publishing, based in Washington, D.C., has released a wave of best sellers, including the influential "Unfit for Command," which accused Democratic presidential contender John Kerry of lying about his war record.

However, another publisher suggested to The Wall Street Journal that there might be an oversupply of conservative titles. "The question is: Are we reaching the point of saturation?" asked Peter Osnos, chief executive of PublicAffairs, a unit of Perseus Books LLC.

Simon & Schuster had a previous conservative imprint, the Free Press, which now publishes a wide range of titles. (Simon & Schuster and CBSNews.com are both owned by Viacom.)

Matalin, who served as an assistant to President Bush during his first term and will continue to work out of Washington, joins a publisher that has worked with political friends and foes. Simon & Schuster published the memoirs of Sen. Hillary Rodham Clinton and two leading anti-Bush books, Ron Suskind's "The Price of Loyalty" and Richard Clarke's "Against All Enemies."

It also released "A Is for Abigail," a children's book by Lynne Cheney, wife of Vice President Dick Cheney; and Matalin's own "Letters to My Daughters." One Simon & Schuster author can be counted as both friend and foe: The publisher last year released a children's book by James Carville.

Matalin said she is already working on acquisitions for the new imprint and expects to announce some titles "within weeks." She will not be editing books "line by line," but will provide "conceptual editing" — suggestions on how to express ideas and broader concepts.

She does not expect to end her political involvement, saying she will "continue to help whenever she is needed to help."