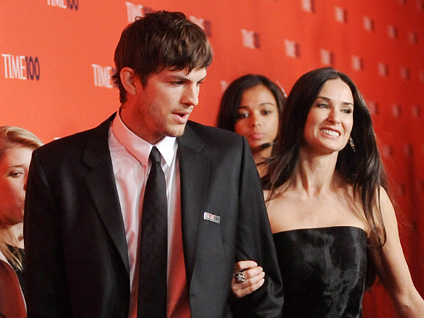 NEW YORK (CBS) Power couple Ashton Kutcher and Demi Moore are quite a team, even in liquid diets.

The "Killers" actor and popular Twitter celeb took to the social media site Saturday to share the news that he and his wife, actress Demi Moore, were starting a Master Cleanse, a popular 10-day detox regimen consisting of maple syrup, lemon juice, water and cayenne pepper. But nine hours into the diet, it got rather bumpy, for Ashton at least.

Kutcher, 32, started craving not-so-cleansing foods during the process. The actor tweeted: "9 hrs into the master cleanse. I want a steak, a beer, and a blow-pop. Hmmm this is gonna be rough."

All in that order, Ash?

Moore, 47, seemed to be faring better than her husband with the liquid diet. The actress wrote on her Twitter account: "2nd day of master cleanse and off to hike with hubby and the dogs. 2nd day better than the 1st!"

Moore is quick to state to her followers that she and Kutcher's joint decision to go into the detox wasn't for vanity's sake.

When one of Moore's followers from her Twitter flock expressed disappointment about their commitment to the diet, Mrs. Kutcher shot back "this is about health!!!"

I'm sure her hubby Kutcher is reminded of that fact, as well.