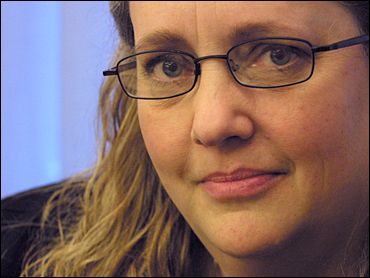 The woman who underwent a double mastectomy because of a false cancer diagnosis is telling women to take more control over their medical care, as trial lawyers cite the case in their fight against tort reform.

Linda McDougal, 46, said she was diagnosed with an aggressive form of cancer in May 2002, and doctors recommended radical treatment, including the removal of both breasts.

Days after the surgery, a doctor revealed McDougal's test results had been switched with another woman's. McDougal, it turns out, never had cancer.

McDougal told the CBS News Early Show this week that her case should be a cautionary tale for all women.

"It's important for me to get a message across to women to take control of your own medical care," she said. "Just because a pathologist or a doctor tells you something, especially in the event of a serious diagnosis, they could be wrong.

"They have been wrong. They were wrong with me, and caused me to have both of my breasts removed," she continued.

The president says exorbitant awards for pain and suffering are driving up fees for malpractice insurance, which is helping to raise health care costs. He wants to cap damages for suffering to $250,000 and impose a similar limit on punitive damages.

"To add insult to her horrendous injury, President Bush and the insurance industry now want to put a one-size-fits-all limit on the compensation Linda McDougal and other victims of malpractice can receive for their life altering injuries," said Mary E. Alexander, ATLA president.

ATLA says the president's proposal would "take away the legal rights of patients injured by malpractice is dangerously wrong and (put) insurance company profits over the lives of injured people."

McDougal, who has joined forces with the ATLA, echoed that belief in her Early Show interview.

"I am maimed for the rest of my life," she said, adding that the president's intent "is to harm me and other victims of medical malpractice. The solution might be getting to source and taking care of the mistakes so that they never happen."

McDougal said she was diagnosed with cancer in May 2002 after her doctor had a biopsy performed when a suspicious spot appeared on her mammogram.

McDougal said she was told the cancer was so aggressive that a double mastectomy, chemotherapy and radiation were her only chances for survival.

"The options were given to me of a lumpectomy or single mastectomy. However, the incidents of reoccurrence within five to six years were too high for me," McDougal said. "My husband and I both decided that we would take the most aggressive form of treatment.

"I did talk to like my family practitioner. I mean, I talked to other doctors about the surgery itself, but it never occurred to me to question the pathologist report," she said.

In June, she had the surgery.

Two days later, she was recovering when her doctor visited. "She had bad news," McDougal said. "She didn't know how to tell us other than to just tell us, and immediately I thought I was dying, and she told me I didn't have cancer."

After finding no malignancy in the amputated breast tissue, McDougal said her doctor discovered a mistake in United's laboratory. Tissue from McDougal's biopsy was switched with tissue from another woman.

Dr. Daniel Foley, medical director of United Hospital, told KARE-TV in the Twin Cities that the St. Paul hospital had made changes so "this kind of mix-up would never happen again."

Foley said the woman who actually had the cancer has been contacted and treated. He would not identify the pathologist at fault, but said the doctor remains with United.

An attorney representing United's pathologists said the group's insurance company has paid McDougal's medical expenses and lost wages, and will continue to do so.

McDougal said she is fighting several infections and must still undergo several reconstructive surgeries before she decides whether to sue for malpractice.