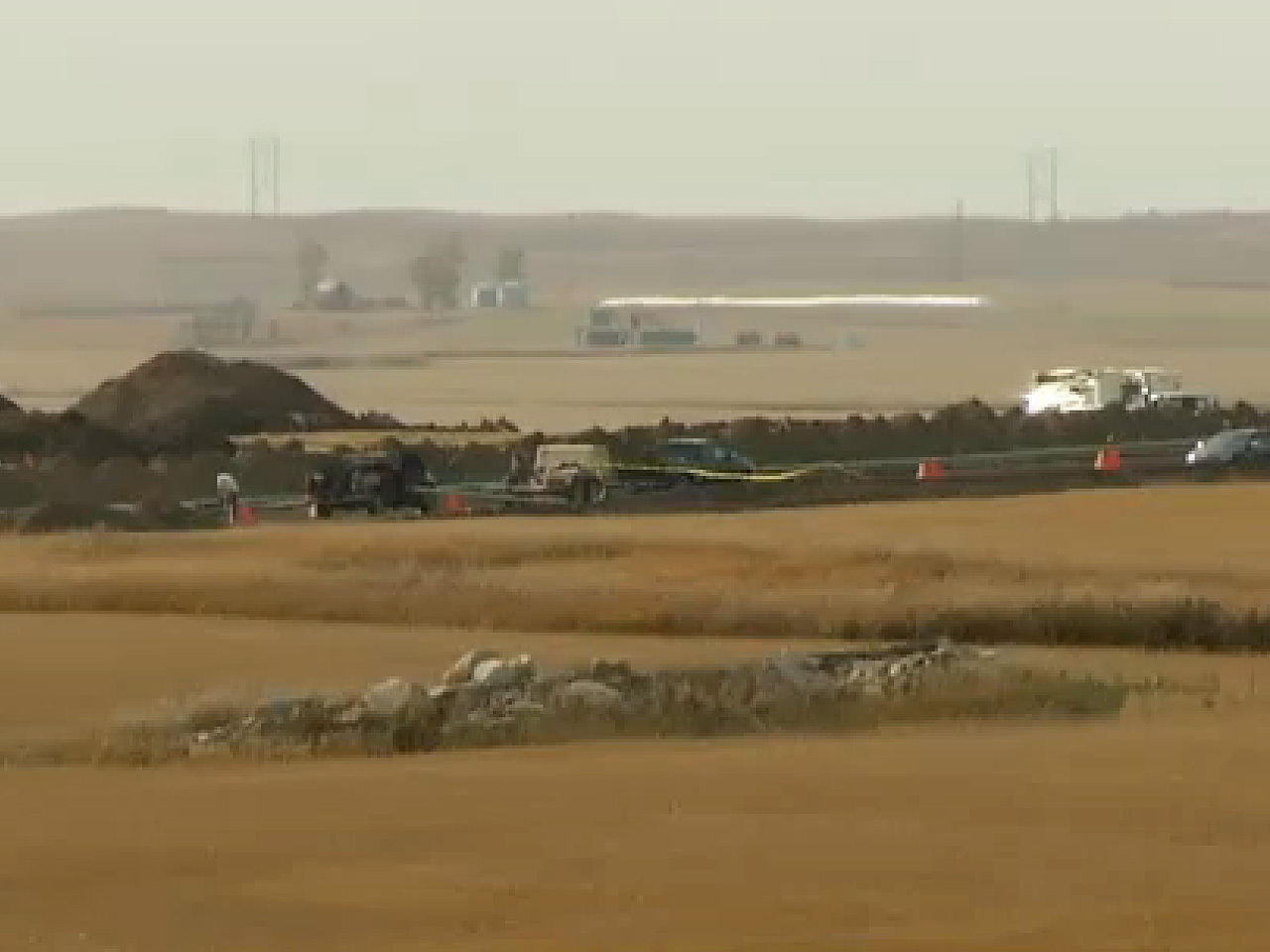 BISMARCK, N.D. North Dakota farmer who discovered an oil spill the size of seven football fields while out harvesting wheat says that when he found it, crude was bubbling up out of the ground.

Farmer Steve Jensen says he smelled the crude for days before the tires on his combines were coated in it. At the apparent break in the Tesoro Corp.'s underground pipeline, the oil was "spewing and bubbling six inches high," he said in a telephone interview Thursday.

What Jensen had found on Sept. 29 turned out it was one of the largest spills recorded in the state. At 20,600 barrels it was four times the size of a pipeline rupture in late March that forced the evacuation of more than 20 homes in Arkansas.

But it was 12 days after Jensen reported the spill before state officials told the public what had happened, raising questions about how North Dakota, which is in the midst of an oil boom, reports such incidents.

The spill happened in a remote area in the northwest corner of the state. The nearest home is a half-mile away, and Tesoro says no water sources were contaminated, no wildlife was hurt and no one was injured.

The release of oil has been stopped, state environment geologist Kris Roberts said Thursday. And the spill -- spread out over 7.3 acres, or about the size of seven football fields -- has been contained.

Jacob Wiedmer, who was helping Jensen harvest his wheat crop, likened the Sept. 29 discovery to the theme song from "The Beverly Hillbillies" television show.

"It was just like Jed Clampett shooting at some food ..." he said of the oil coming from the ground. "Except we weren't hunting, we were harvesting."

Gov. Jack Dalrymple, who says he wasn't even told about what happened until Wednesday night, said the state is now investigating its procedures for reporting spills.

"There are many questions to be answered on how it occurred and how it was detected and if there was anything that could have been done that could have made a difference," Dalrymple said Thursday, when questioned at a news conference on a separate topic.

"Initially, it was felt that the spill was not overly large," Dalrymple said. "When they realized it was a fairly sizable spill, they began to contact more people about it."

Jensen said he had harvested most of his wheat before the spill, but the land is no longer usable for planting.

"We expect not to be able to farm that ground for several years," he said.

Tesoro Logistics, a subsidiary of the San Antonio, Texas-based company that owns and operates parts of Tesoro's oil infrastructure, said in a statement that the affected portion of the pipeline has been shut down.

"Protection and care of the environment are fundamental to our core values, and we deeply regret any impact to the landowner," Tesoro CEO Greg Goff said in a statement. "We will continue to work tirelessly to fully remediate the release area."

Wayde Schafer, a North Dakota spokesman for The Sierra Club, said the spill is an example of the lack of oversight in a state that has exploded with oil development in recent years.

"We need more inspectors and more transparency," Schafer said. "Not only is the public not informed, but agencies don't appear to be aware of what's going on and that's not good."

Eric Haugstad, Tesoro's director of contingency planning and emergency response, said the hole in the 20-year-old pipeline was a quarter-inch in diameter. Tesoro officials were investigating what caused the hole in the 6-inch-diameter steel pipeline that runs underground about 35 miles from Tioga to a rail facility outside of Columbus, near the Canadian border.

Roberts said state and federal regulators are monitoring the cleanup, and Tesoro estimated it would cost $4 million.

A natural layer of clay more than 40 feet thick underlies the spill site and has "held the oil up" so that it does not spread to underground water sources, Roberts said.

"It is completely contained and under control," Roberts said Thursday. "They got very lucky."