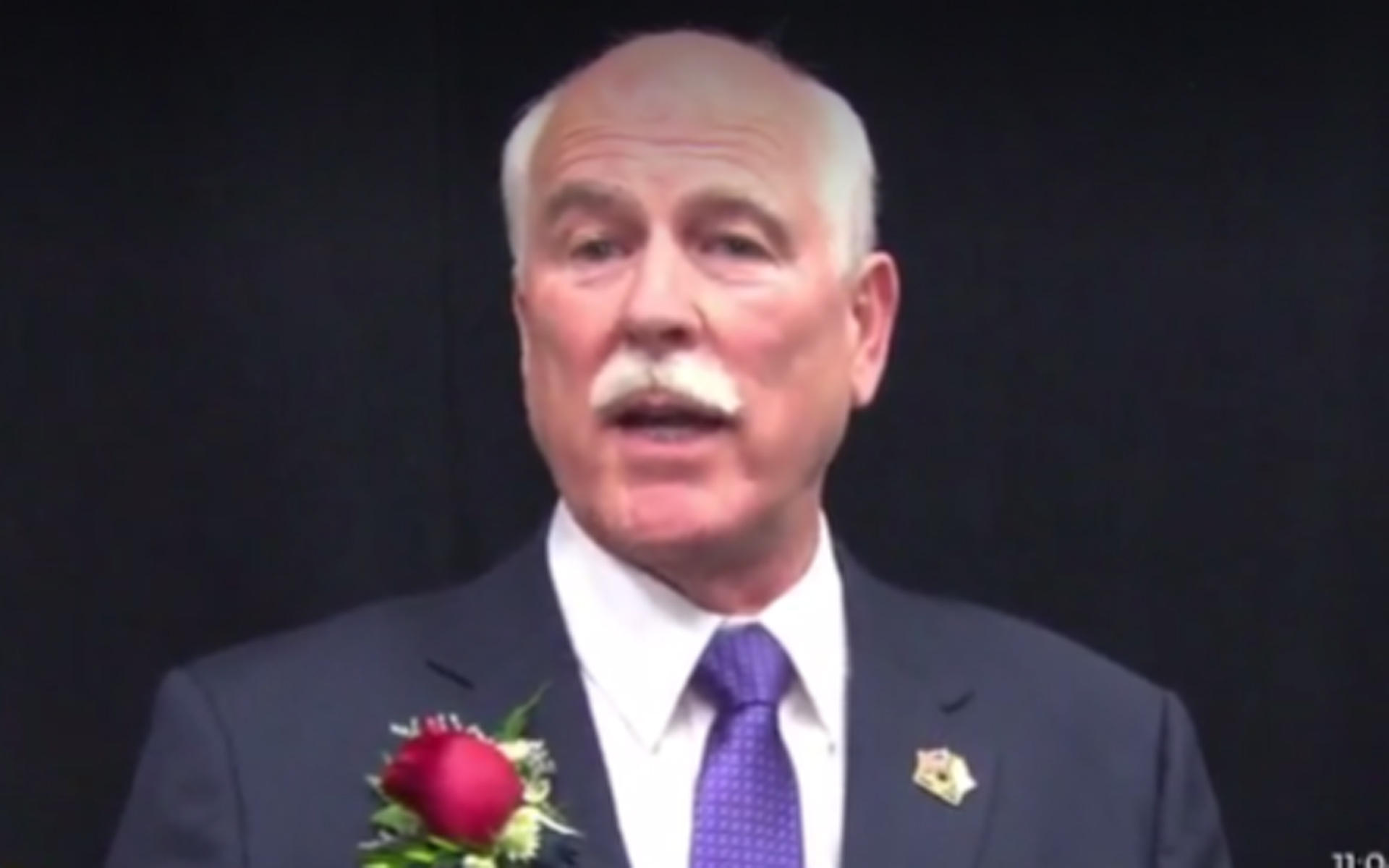 FALL RIVER, Mass. -- A sheriff who runs a Massachusetts jail is offering to send inmates to the U.S.-Mexico border to help President-elect Donald Trump build a wall there.

He made the comments at Bristol Community College in Fall River during an inauguration address for his fourth six-year term as sheriff.

CBS Boston reports Hodgson said he “can think of no other project that would have such a positive impact on our inmates and our country than building this wall.”

Hodgson added, “Aside from learning and perfecting construction skills, the symbolism of these inmates building a wall to prevent crime in communities around the country, and to preserve jobs and work opportunities for them and other Americans upon release, can be very powerful.”

He later remarked to reporters, “The wall has to happen. We won’t have any legitimate immigration reform in this country until we build the wall.”

The Republican sheriff has frequently spoken out against illegal immigration. He says inmates from the Bristol County House of Correction in nearby Dartmouth could volunteer to help build the border wall or clean up disaster sites.

During the presidential campaign, Trump vowed to wall off the Mexican border, and make Mexico foot the bill, which some estimates put around $25 billion. Hodgson did not specify who would pay to transport the prisoners or where they would live during the construction.

Hodgson says he’s written to Mr. Trump about his offer but hasn’t heard anything back.

No stranger to controversy, Hodgson was orders to pay back thousands of dollars in 2011 after he charged inmates a daily care fee of $5 over two years, CBS Boston notes.

Hodgson was sworn in at the ceremony by Republican Gov. Charlie Baker, who refused to support Mr. Trump during the presidential campaign and didn’t vote for him.