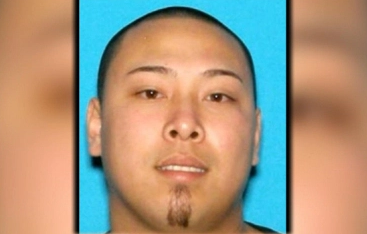 LYNN, Mass. -- A murder suspect featured on the Massachusetts Most Wanted list was arrested after police found him hiding in a drawer built into a bed frame inside a home, CBS Boston reports. Steven Touch, 28, was wanted in connection with the murder of 22-year-old Quintin Koehler, who was killed during an early morning home invasion in 2012. Prosecutors say Touch was driving the getaway car that morning.

Touch, who has been on the run for more than five years, was found Tuesday night. He is the final suspect to be arraigned in the deadly home invasion.

Prosecutors say Touch has ties to a violent street gang called the Young Bloods and was involved in a spree of crimes to terrorize residents. Police said Touch was moving from address to address "fairly frequently."

He and two co-defendants, Sophan Keo and Gabriel Arias, were indicted in June 2017 for Koehler's murder. Keo and Arias are already in custody.

Touch, Keo and Arias allegedly broke into Koehler's home in Billerica, Massachusetts, in 2012 and fatally shot him. Police do not believe the attack was random.

Touch was expected to be arraigned in Middlesex Superior Court on Wednesday.