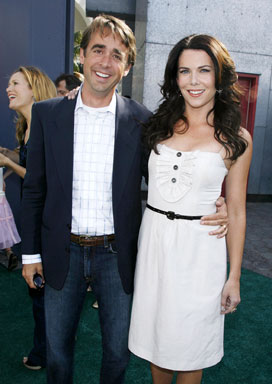 Acting Gov. Jane Swift, the first governor in the nation's history to give birth while in office, was expected to resume her duties as head of the Commonwealth before the week is out.

Swift, also the nation's youngest governor at 36, delivered twin girls by Caesarean section Tuesday night at Brigham & Women's Hospital with her husband, Chuck Hunt, at her side. Both mother and daughters were reported to be healthy.

"Chuck and I are overjoyed and excited with the arrival of Lauren and Sarah," Swift said in a prepared statement. "We feel blessed to welcome two more children into our family and look forward to raising them in our Williamstown home, close to our families and friends."

Doctors expect Swift to remain in the hospital for four or five days, after which she will return to her Western Massachusetts home for a six- to eight-week working leave.

The Republican acting governor, who has retained full gubernatorial powers while hospitalized the past seven days as she awaited the births, plans to preside over a special Governor's Council session Friday via telephone, aides said.

Swift entered surgery about 8:30 p.m., just hours after going into labor while talking energy policy over the phone with Vice President Dick Cheney. Lauren Alma Hunt was born at 9:11 p.m., and Sarah Jane Hunt was born one minute later.

Lauren weighed 6 pounds at birth, and Sarah 5 pounds, 4 ounces. Both babies are 17 & 1/2 inches long. Swift did not know their sexes before they were born.

There were no problems with the delivery. "It all went as smooth as glass," Dr. Leila Schueler said, adding that she thinks the girls are fraternal twins because they do not look alike.

Swift and the babies were "extremely healthy," although Lauren was taken to a special care nursery as a precaution, Schueler said.

"It's pretty common for a girl at this age," she said. "One wasn't breathing as well as her sister. ... They will watch her overnight and re-evaluate in the morning."

Swift had been on bed rest since she began feeling contractions more than a week ago. Intense contractions began about 4:10 p.m. Tuesday afternoon while she was on a conference call with other Republican governors and Cheney.

Swift hung up quietly about 40 minutes later and contacted her doctors.

She and her husband have one other child, 2@1/2-year-old Elizabeth Ruth. Hunt, 47, has one grown son from a previous marriage.

Swift began easing up on her schedule within weeks of taking office April 10, following the resignation of Gov. Paul Cellucci to become ambassador to Canada.

"Obviously she is only going to do the bare necessities in terms of being governor, but we have prepared for that," her spokesman, Jason Kauppi, said. "She is going to do what new mothers do, she is going to fawn over her kids."

Her decision to continue to work by telephone once she was hospitalzed — and not relinquish power to the next in succession, Democratic Secretary of State William Galvin — provoked almost immediate controversy.

A day after she was admitted, she presided over a Governor's Council meeting by speakerphone. Some on the all-Democratic council, which approves judicial appointments as well as prison pardons and commutations, questioned whether it was constitutional for her to preside by telephone.

A quick, negative backlash the next day caused Democrats to let up some on their criticism. Tuesday's birth was hailed by people of both parties.

"Congratulations to Jane and Chuck on the birth of their girls. I know from my own experience that nothing is more special and exciting than the birth of a child," said Democratic state Treasurer Shannon O'Brien, who gave birth during her first year in office, and is a potential candidate for governor in 2002.

Swift is no stranger to controversy.

Her first years in office were difficult. An ethics panel found she created an "appearance of impropriety" by allowing aides to baby-sit her daughter, and fined her $1,250. She also apologized for using a state police helicopter to fly home to her family farm in Williamstown, more than 130 miles from Boston. After she assumed duties as acting governor, people on both sides of the aisle said she deserved another chance.

In her first few weeks, she issued the nation's strictest emissions standards on Massachusetts' oldest and dirtiest power plants, signed a no-new-taxes pledge to stress her commitment to fiscal conservatism and formed a task force on adult education.