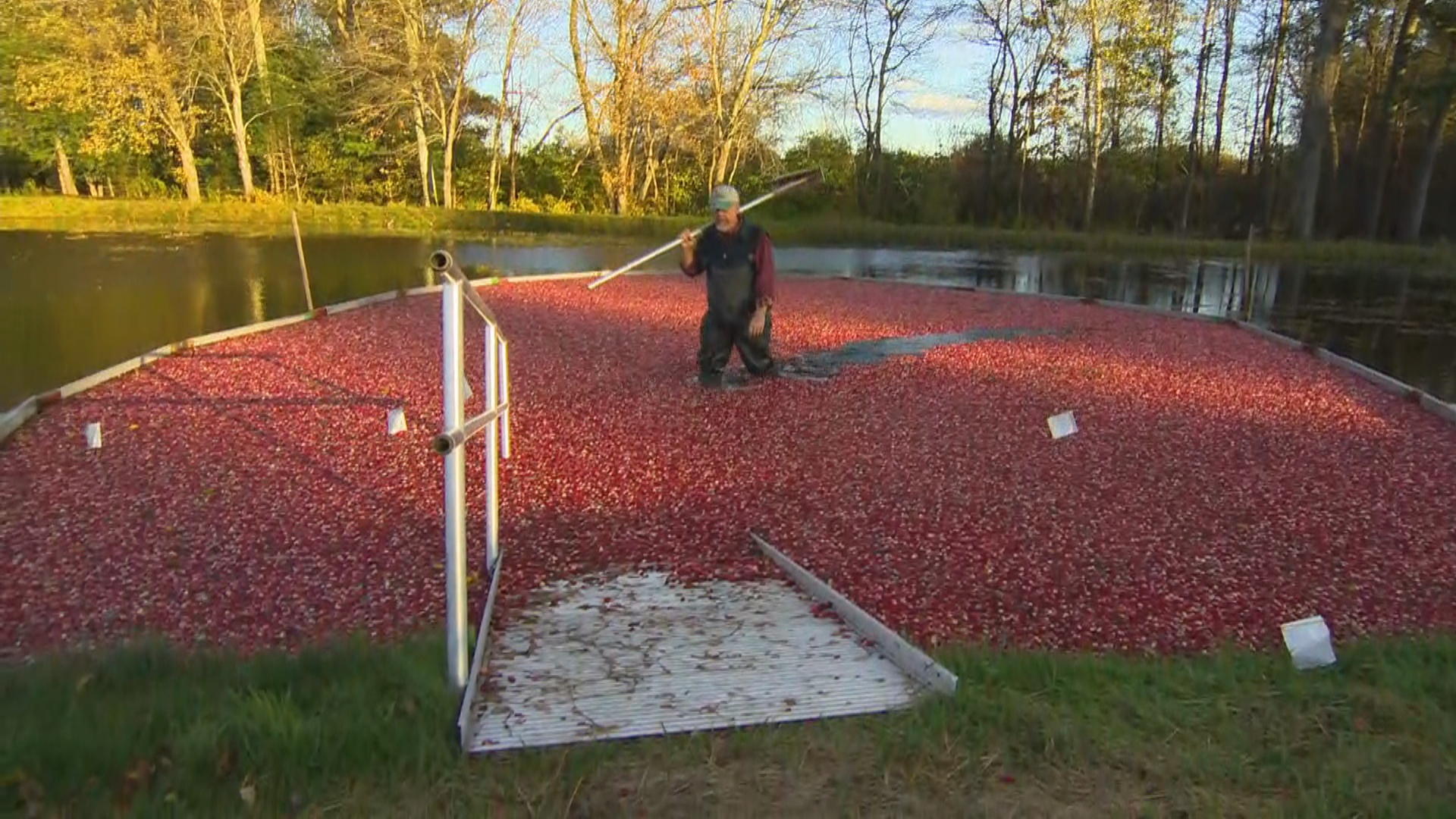 The sun will rise a little earlier for most of us next week, after the end of daylight saving time, but Massachusetts is exploring whether to stay one hour ahead. A state commission plans to vote Wednesday on whether Massachusetts should quit daylight saving and join the Atlantic time zone instead.

The move would put it one hour ahead of the Eastern time zone from November through February.

This is the time of year when growers across New England are working from sunup to sundown, harvesting cranberries from bogs, but as soon as the clocks turn back, they'll be up against an earlier sunset, and that's something a state commission wants to change, reports CBS News' Meg Oliver.

Massachusetts' cranberry harvest peaks in the fall. Scott Harding is one of many growers dependent on daylight to get the job done.

"You have to quit that much sooner, you have to have everything picked up before the sun goes down," Harding explained.

This Sunday, the first day marking the end of daylight saving, the sun will set there at 4:33 p.m. But those long winter nights could one day be a thing of the past.

A report issued by a commission of state lawmakers found that by moving to the Atlantic Time Zone, shorter winter nights would "increase the state's competitiveness in attracting and retaining a talented workforce."

Dr. David Prerau is author of a book about daylight saving called "Seize The Daylight." He says changing time zones would have a negative impact on everything from transportation to finance to entertainment.

"Every live TV show in New England would be one hour later. So you would have the football games and the Academy Awards and things like that lasting deep into the morning," Prerau said.

"Well, I think anything is possible, but it's not what we recommend. You know, Massachusetts is not a big state. People travel back and forth over borders for work, for shopping, and a lot of activities. And so, it would cause confusion if we went it alone," Donoghue said.

Donoghue says she would like to see New York and other New England states follow suit. Many worry that more sunlight in the evening shifts more darkness to the morning, increasing risks for kids walking to school. The commission says it would delay school starts to fix that.