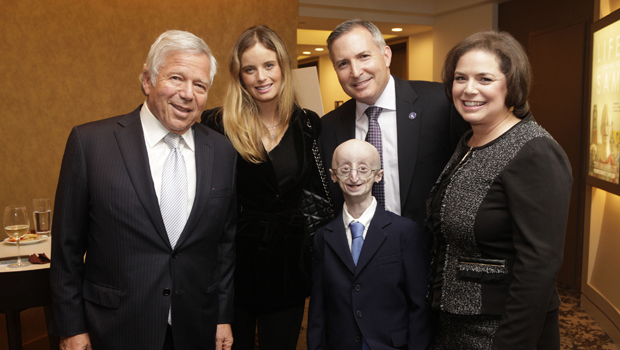 FOXBOROUGH, Mass. - Sam Berns, a Massachusetts boy whose battle with a rare and fatal genetic condition that accelerates the aging process inspired the New England Patriots players and was the subject of an HBO documentary "Life According to Sam," has died. He was 17.

Berns of Foxborough died Friday due to complications from Hutchinson-Gilford progeria syndrome, commonly known as progeria. The Progeria Research Foundation announced his death.

Berns was diagnosed with progeria when he was 22 months old. His parents later founded the nonprofit foundation after encountering a lack of information and research on the condition whose victims live an average of 13 years.

Patriots owner Robert Kraft mourned Berns' death, saying he had invited him to be the team's honorary captain for Saturday night's playoff game and was looking forward to spending time with him and his family.