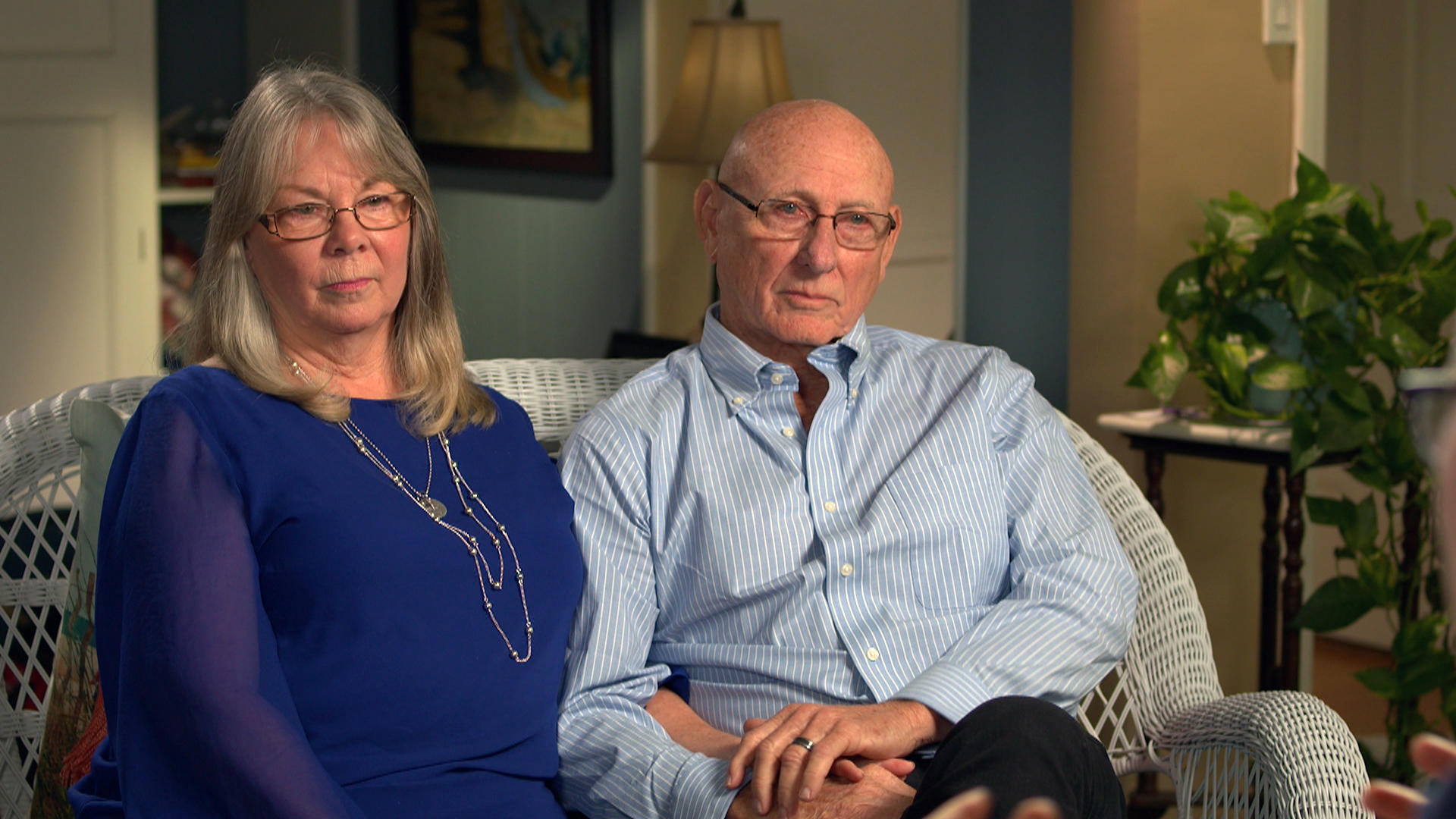 A couple who travel the country helping those affected by mass shootings say grief has no set timetable; it can't be reduced to stages. Sandy and Lonnie Phillips would know. Their daughter, Jessica Ghawi, was one of the 12 victims to die in the 2012 mass shooting in an Aurora, Colorado, movie theater. The Phillipses have since dedicated their lives to comforting others affected by mass killings and helping them navigate the public and often political aftermath of these tragedies. They tell their story to Anderson Cooper and 60 Minutes cameras capture them on their difficult mission in a report to be broadcast Sunday, March 31 at 7:00 p.m. ET/PT on CBS.

"Oh, yeah. The five stages of grief, right? And you go through all five of them," says Sandy. "And they don't tell you, 'oh, no, you get to start it all again.' And they're out of sequence. And a lot of survivors just don't know that, especially going into it. And you might find that what you have done for the last 20 years of your life or 30 years of your life has absolutely no meaning to you anymore. And that was certainly the case for us."

The Phillipses quit their jobs, got rid of most of their belongings and rented out their home so they could travel the country to help others through the ordeal they still grapple with. They have been to almost every major mass shooting since their daughter's death. They started in Newtown, then went to Isla Vista, San Bernardino, Orlando, Las Vegas, Sutherland Springs, Parkland, Santa Fe,  Pittsburgh and Thousand Oaks. They offer empathetic support, but also help with practical things like giving advice on how to deal with the media and the conspiracy theorists who often harass families and victims after a shooting. They also connect survivors and families with the right kind of therapy to address severe trauma. All things the Phillipses learned for themselves.

They do it out of compassion, but it's also therapeutic, says Lonnie. "The compassion -- we get from those people too. It's not like it's a one way deal." Along the way, they have built a network of people who volunteer to do the same kind of outreach they do.  Some of the people they have helped have chosen to join them on their journey.

But, the Phillipses still struggle daily just like the people they seek to help. "It's been six years now, almost seven, and there's not a day that goes by that we don't still get upset and still cry," says Sandy, holding back tears.  In conversation with Cooper, who lost his brother to suicide when he was a child, Sandy says that they, like him, are part of group they never wished to join. "And it's a lifetime membership and the cost of the dues was way, way, way too high."