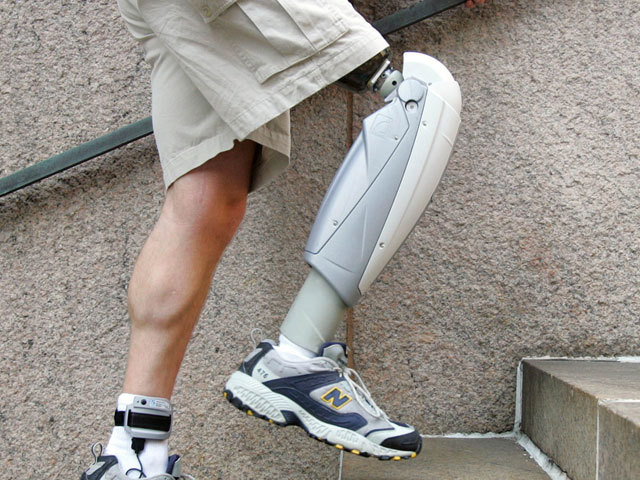 (CBS/AP) MIDDLETON, Mass. - A Massachusetts man who used his prosthetic leg to take down an alleged robber says he didn't have time to think, he just reacted.

Stephen Cornell peered through the window of his neighborhood convenience store on Wednesday and saw a man pointing a gun at the owner.

He tells The Salem News he intended to tackle the thief when he left JC Grill & Pizza, but instead stuck out his artificial leg and tripped him.

The 55-year-old Cornell, who lost his leg at age 12, and store owner Edson Andrade, disarmed (dislegged?) the thief and dragged him back into the store in a choke hold before calling police.

The weapon was a pellet gun.

The suspect, 23-year-old Eric Homen, was ordered held without bail after pleading not guilty to charges including armed robbery.