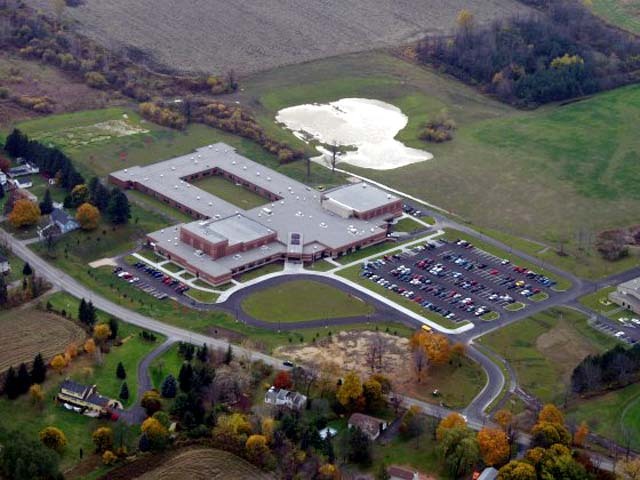 (CBS) Why did 12 teens from the same town in upstate N.Y. all begin to experience odd symptoms at once? Doctors say it's an outbreak of mass hysteria.

Last fall, 12 teenage girls from LeRoy Junior-Senior High School - located in a town about an hour outside of Buffalo, N.Y. - began to show symptoms similar to those of Tourette's syndrome, including painful shaking and jerking their necks, Gothamist reported.

Doctors were initially baffled. The condition was so bad for at least one of the girls that she has yet to return to school. School and state officials investigated the outbreak and school building for several months, and concluded no known environmental substances or infectious agents were found that could have caused the symptoms in the teens.

"We have conclusively ruled out any form of infection or communicable disease and there's no evidence of any environmental factor,'' Dr. Gregory Young of the New York Department of Health told MSNBC.

But not all of the girls' parents were satisfied with the results, and went on the "Today" show to state their case.

"Where's the proof?'' Melisa Phillips, mother of one of the 17-year-olds who came forward with the condition, Thera Sanchez, asked on Today. "Where's the data? Testing they say that all the girls have had, they have not had," she said.

Sanchez, a cheerleader at the high school, took a nap one day last October then woke up with uncontrollable tics and stutters. Sanchez and another girl on the show with symptoms, 16-year-old Katie Krautwurst, said doctors told them their condition was stress-induced.

"They told us it was traumatic, but I really don't think any of us had that traumatic of a life before,' Krautwurst said on Today.

A day after the girls' interview, Dr. Laszlo Mechtler, a neurologist at the DENT Neurologic Institute in Amherst, N.Y. who has treated several of the girls, decided to come forward to offer an explanation to quell the curious masses.

Mechtler's diagnosis? The girls may have a conversion disorder - also known as mass hysteria.

Conversion disorder is a condition in which a person can experience blindness, paralysis, or other neurologic symptoms that can't be explained by another disease. The disorder often occurs because of a "psychological conflict." According to the National Institutes of Health, symptoms of a conversion disorder are thought to resolve a conflict a person feels inside. For example, a woman who believes it's not acceptable to have angry feelings may experience numbness when they get really mad.

Mechtler told USA Today that when a conversion disorder occurs in a large group, its known as a "mass psychogenic illness," because it affects groups of people in the same environment, such as in a classroom or office. That means watching the girls on television won't cause others to experience similar symptoms, he said.

"This is a unique situation, and it is unusual," Mechtler told USA Today.

Although the disorder is psychological in its origins, the symptoms are very much real, experts warned. Dr. David G. Lichter, a clinical professor of neurology at the University at Buffalo, told Buffalo News a mass psychogenic illness is the result of the brain making the body sick, not unlike when people feel nauseous from stage fright.

That doesn't mean all the girls' parents were satisfied with the explanation that stress is causing these debilitating symptoms.

"Obviously, we are all not just accepting that this is a stress thing," one of the girl's father's, Jim Dupont, told Today. "It's heart-wrenching, you fear your daughter's not going to have a normal life."

Will these girls ever be cured? Mechtler told Today that with treatment, "The bottom line is these teenagers will get better."