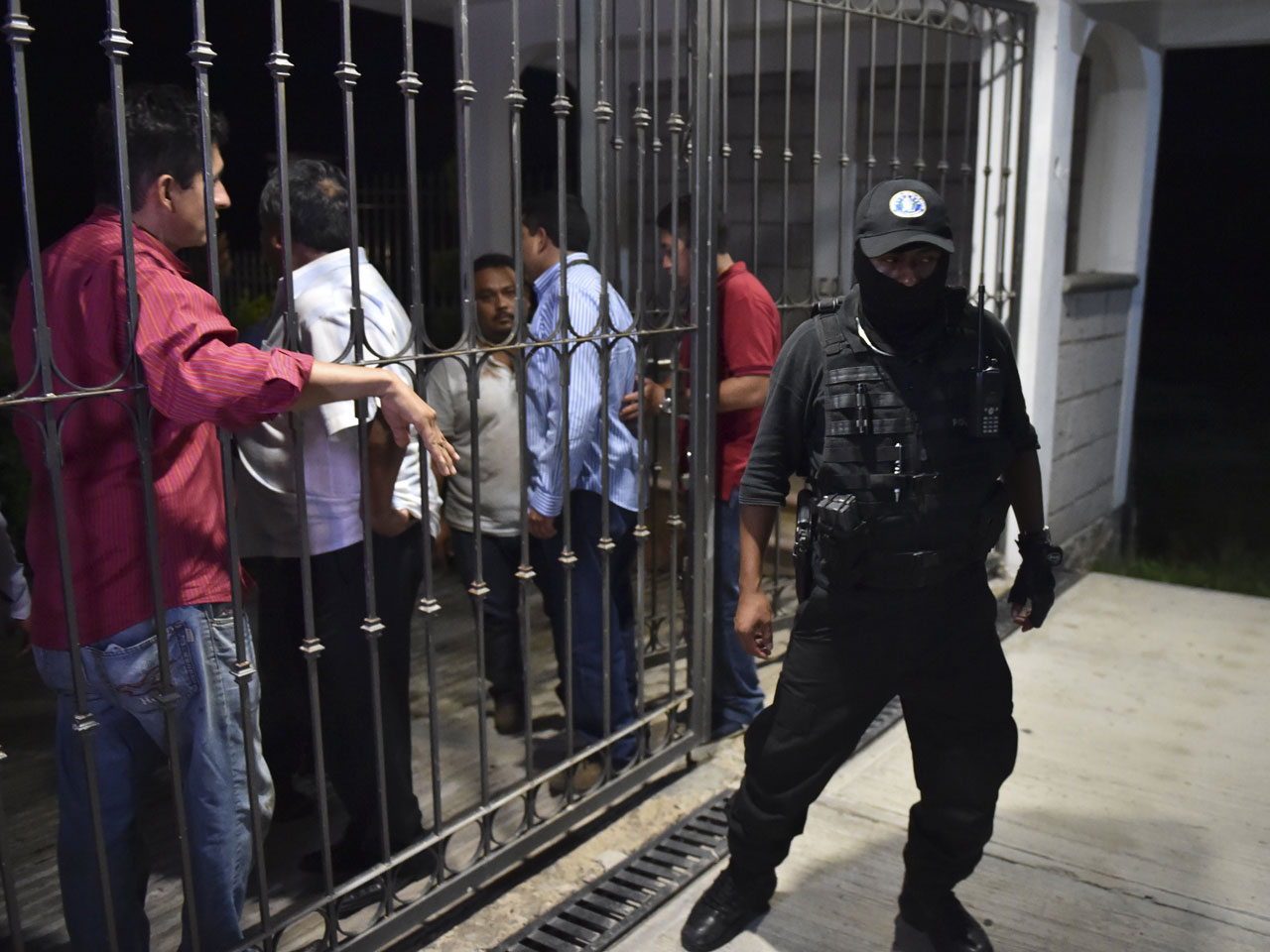 IGUALA, Mexico - Security forces investigating the role of municipal police in clashes in this southern city a week ago found a mass grave on the edge of town, raising fears the pits might hold 43 students missing since the violence that also resulted in six shooting deaths.

Guerrero State Prosecutor Inaky Blanco did not say Saturday night how many bodies were in the burial pits uncovered on a hillside on Iguala's outskirts, and he declined to speculate about whether the dead were the missing students.

"It would be irresponsible" to jump to conclusions before tests to identify the bodies, Blanco said. Officials said the federal Attorney General's Office and the National Human Rights Commission had sent teams of experts to aid state authorities in identifying the remains.

About 100 soldiers, marines and federal and state police cordoned off the area where the grave site was found in the poor Pueblo Viejo district of Iguala, which is about 120 miles south of Mexico City.

Blanco said eight more people had been arrested in the case, adding to the 22 Iguala city police officers detained after a police confrontation with student protesters last weekend set off a series of violent incidents in the city.

The prosecutor has said state investigators had obtained videos showing that local police arrested an undetermined number of students after the initial clash and took them away.

He said some of the eight newly arrested people were members of an organized crime gang, adding that some of them had given key clues leading to the discovery of the mass grave.

Blanco said his investigators had found that "elements of the municipal police are part of organized crime." He also said his office was searching for Iguala Mayor Jose Luis Abarca and had alerted officials across Mexico to be on the lookout for him.

The governor had charged earlier in the week that organized crime had infiltrated the city government.

On Saturday night, a group of young people from the Aytozinapa Normal school protested outside the governor's residence in the state capital of Chilpancingo. They threw Molotov cocktails and overturned a car after state authorities told them they would not allow them to travel to the graves to see the bodies and determine if they belong to their missing classmates.

Jesus Lopez, the father of one of the missing students, told The Associated Press that a delegation of family and school representatives would come to Iguala on Sunday to get information from authorities.

"We cannot say anything. We are very nervous, but until they inform us, there is nothing," said Lopez, whose 19-year-old son, Giovani, hasn't been seen since the violence last weekend.

State prosecutors have said the first bloodshed occurred when city police shot at buses that had been hijacked by protesting students from a teachers college, killing three youths and wounding 25. A few hours later, unidentified masked gunmen shot at two taxis and a bus carrying a soccer team on the main highway, killing two people on the bus and one in a taxi.

Violence is frequent in Guerrero, a southern state where poverty feeds social unrest and drug gangs clash over territory.

The Aytozinapa Normal school attended by the missing students, like many other schools in Mexico's "rural teachers college" system, is known for militant and radical protests that often involve hijacking buses and delivery trucks.

In December 2011, two students from Aytozinapa died in a clash with police on the highway that leads to the Pacific coast resort of Acapulco. Students had allegedly hijacked buses and blocked the road to press demands for more funding and assured jobs after graduation. Two state police officers were charged in the shootings.

During that confrontation, students apparently set fire to pumps at a gas station on the highway when federal and state police moved in to quell the protest, and a gas station employee later died of burns suffered in the attack.