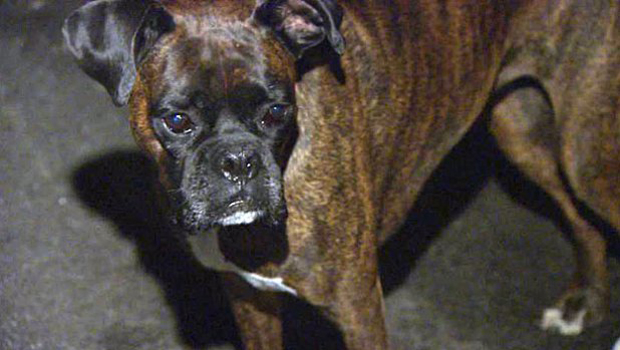 WEYMOUTH, Mass. -- A Weymouth, Mass., man has his dog to thank for helping save his life, reports CBS Boston.

Tom Beradinelli was walking his 8-year-old boxer Maggie on the beach near his home Thursday night when he slipped and fell on a patch of ice.

Beradinelli, 70, landed on his head. He was knocked unconscious and suffered a brain bleed and major head trauma.

Maggie managed to find her way to a nearby house and was outside jumping at the door. That got the attention of the dogs inside the house and their owner, Joe Tanko, who recognized her.

“So I ran to the door and I saw Maggie with no Tom at the end of the leash,” Tanko said. Tanko immediately suspected something was wrong.

He found Beradinelli lying in a snow bank and called 911. Doctors told Beradinelli’s wife that her husband probably wouldn’t have survived if he had been there much longer.

“Your husband’s alive because the dog went to that door,” Christine Bernadinelli says the doctors told her.

Beradinelli was taken to the hospital, where he underwent surgery. He remains in the Intensive Care Unit, but he is talking again, which doctors say is a good sign.