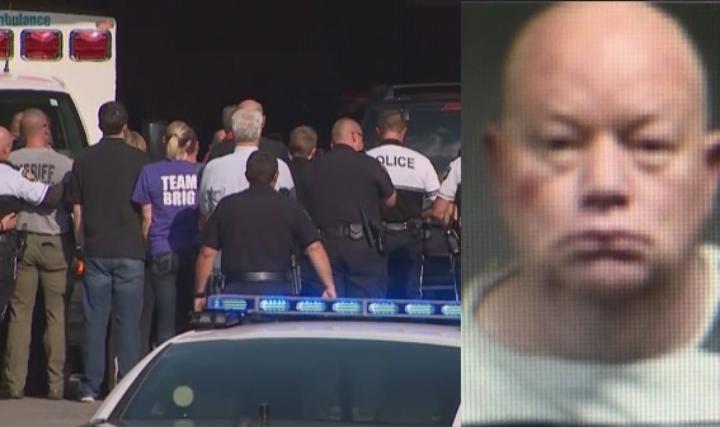 MARYVILLE, Tenn. -- A police officer has died in a shooting in eastern Tennessee.

Crisp said the other officer returned fire. He says the suspect wasn’t hit.

Brian Keith Stalans, 44, of Kerr Way, Maryville, was taken into custody and was held pending charges. Investigators said would likely be filed against him Friday, CBSaffiliate WVLT reports.

Both officers were wearing ballistic vests, the station reports.

Crisp didn’t identify the officer, saying some family hadn’t yet been notified. He said the man had three small children and had been with the department for several years.

Employment in America: A Shifting Workforce

Crisp and Berrong held a news conference outside the University of Tennessee Medical Center where the officer was pronounced dead.

The officer was the fourth killed in the line of duty in Maryville, according to the Officer Down Memorial Page.

“We’ll lean on one another,” Crisp said. “We live in a great place, we’re not immune to tragic events such as this but I know we have a strong community and they’ll rally around as they’ve been supporting their officers and deputies over the last number of months as this profession has been under stress.”