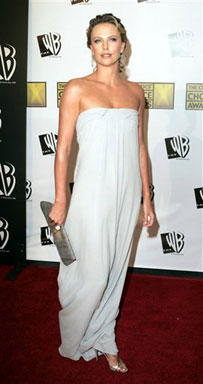 Maryland coach Gary Williams viewed Saturday's game against No. 24 Temple as a proper tuneup for the NCAA Tournament.

Given the result, it appears the Terrapins are ready.

Rodney Elliott had 20 points and a career-high 17 rebounds to lead Maryland to an 83-66 victory.

Maryland finished third in the Atlantic Coast Conference and is virtually assured a school-record fifth straight NCAA berth.
"We realized the importance of this game even though it's out of the ACC," Williams said."When you play a team with a tradition and quality of Temple, you have to be prepared. Today was a big confidence-boost for us, to know we can go outside the ACC and beat a real good team."

In contrast to last season, when Maryland lost four of its last five regular-season games, the Terrapins enter the ACC tournament having won six of eight.

"We couldn't be in too much better shape. I think we're playing well, we're confident, we're healthy," said Williams, who credited the Terrapins' crisp ball movement for the barrage of 3-pointers.

"I thought our team passed the ball against a good defense as well as we have all year," he said."You have to do that because of the way Temple moves and reacts in that zone."

Lamont Barnes had 22 points and 15 rebounds for Temple (19-7), which had a seven-game winning streak snapped. Freshman Lynn Greer came off the bench to score a career-high 20 points for the Owls, who never led.

"Maryland executed very well, both inside and out," Temple coach John Chaney said."Their early 3-point shooting forced us to adjust. I had to put more mobile guys on the floor to contain their perimeter people."

It was the second-most points allowed this season by Temple, which had yielded an average of 58 points per game before suffering its worst loss of the season.

"No question this game will help us down the road. We've always tried to play games like this as long as I've been at Temple," Chaney said.

"We're a young team and this provides us good experience on the road against a great team. I was proud of the way some of our youngsters handled themselves in stretches."

Jasikevicius's fifth 3-pointer started a 12-4 run in the opening five minutes of the second half, putting Maryland ahead 52-39. Temple never got closer than eight points the rest of the way.

Temple, which fell to 30-32 against Atlantic Coast Conference opponents, plays Massachusetts on Sunday for the Atlantic 10 East Division championship.

"It's even more o a tough situation now that we lost this one," Chaney said.
"We just have to go out and play (Sunday). We can't teach youngsters with excuses."

It was a tremendous homecoming for Baltimore native Elliott, who hit 11 of 16 free throws and repeatedly outmuscled the taller Owls on the boards.

"This wasn't just my day. It was a day for the team. We came together and played a real good all-around game against a tough team," Elliott said.

Freshman 7-footer Mike Mardesich had nine points and tied a career-high 10 rebounds for Maryland, which opens play in the ACC tournament play Friday.

Jasikevicius scored 12 points - all on 3-pointers - as Maryland took a 40-35 halftime lead. Profit had three 3-pointers in scoring 11 points for the Terrapins, who made 8 of 17 from beyond the arc in the first half.