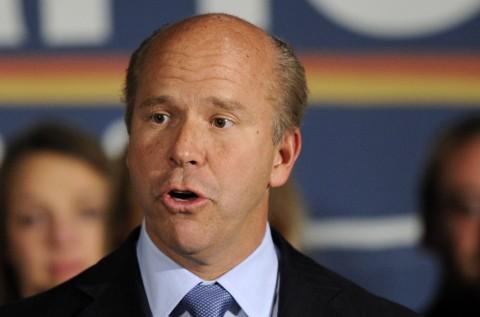 Just six months into President Trump's tenure, at least one House Democrat is ready to challenge him in 2020.

Rep. John Delaney is running president in 2020, he announced in the Washington Post on Friday. Delaney is the current representative for the 6th District of Maryland, which stretches from the Washington, D.C. suburbs to Western Maryland.

"To do this work with the commitment it deserves, I will not be running for reelection to the House of Representatives," Delaney wrote. "No games, no cat-and-mouse, no backup plan at the 11th hour if a focus group goes badly."

Delaney is a businessman who was elected to Congress in 2012. He founded both CapitalSource, and prior to that, HealthCare Financial Partners.

Last month, Delaney tweeted that he and his wife were "working on next steps" and he would make an announcement by the end of July.

The winner of that Democratic primary would take on current Republican Governor Larry Hogan in his bid for re-election.