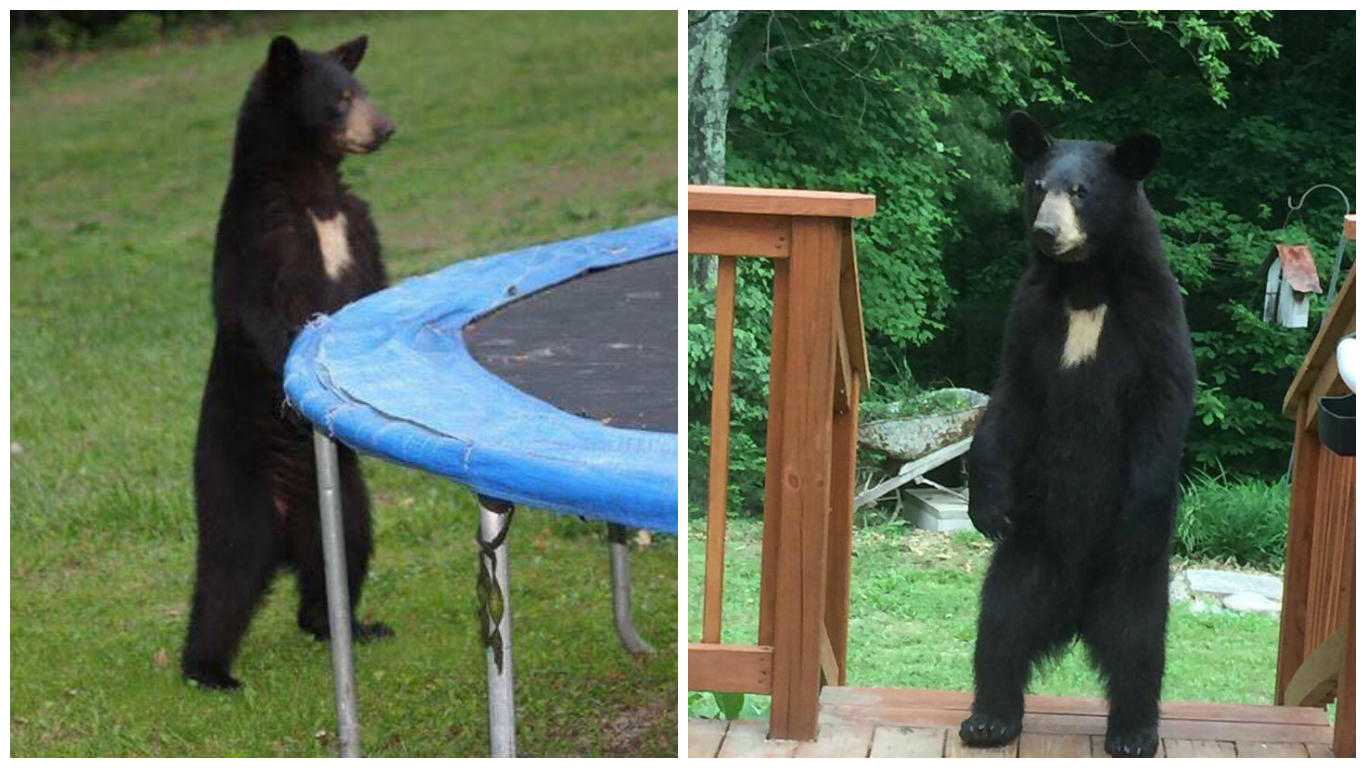 Just weeks after Pedals -- the beloved bear who became an internet sensation for walking around the Garden State on his hind legs -- was killed during a New Jersey bow-and-arrow hunt, a new bipedal bear has captured the internet’s heart. His name is Boo Boo, and he’s been frequenting Brenda K. Douglas’s backyard in Hancock, Maryland since December 2015.

“He has grown somewhat too in the past couple of months,” says Douglas. “He has been such a joy to watch from cub till now.”

Douglas says the young bear initially came around with his mother and a fellow cub, but has lately taken to making trips on his own. What’s more, he has developed a tendency to stand up on his hind legs whenever he notices that someone is watching.

“Even when we see him out the window,” she notes. “He seems to like to pose when someone is visible.”

So, naturally, Douglas started snapping photos of the phenomenon. And consequently, Boo Boo has become a sort of social media celebrity.

“We love our Boo Boo. He is such a gentle bear. Don’t bother him and he doesn’t bother you,” Douglas tells CBS News. “It makes me very happy that so many people are enjoying Boo Boo pictures with our family. ... He has become such a big celebrity and doesn’t even know it. I hope there will be many more pictures to come.”

Despite Boo Boo’s newly accumulated viral following, however, Brenda and her children worry that he might not make it through Maryland’s bear season, when hunters are allowed to shoot and kill bruins like Boo Boo.

“To get a license in Maryland,” Douglas explains, “it is like the lottery. They have to draw your number.”

That is, of course, the same sort of recreational event believed to have killed Pedals. She just hopes Boo Boo’s number isn’t up.