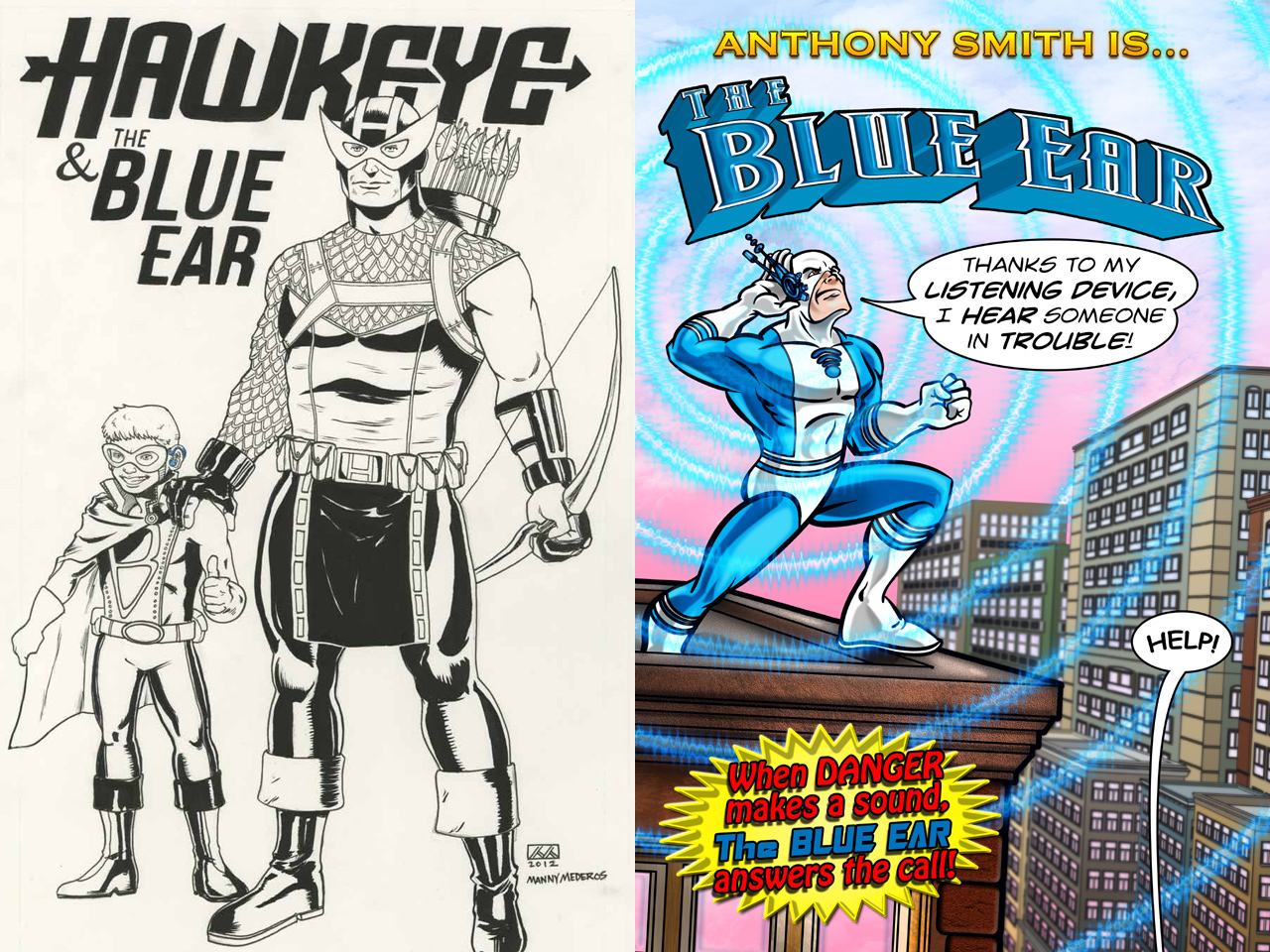 (CBS News) Marvel usually gets mail from die-hard fans asking extremely detailed questions about their favorite characters, but one request from a desperate mother led staffers to put their thinking caps on and come up with a brand new superhero.

Blue Ear -- a super hero with a special listening device that gives him super-sonic hearing -- was created in the likeness of Anthony Smith, a four-year-old boy born with mosaic trisomy 22.

"We were raised with the words of Stan Lee ringing in our ears: 'With great power, there must also come a great responsibility,'" Marvel editor and writer Bill Rosemann told HealthPop. "If we don't use whatever skills we have to help others, why are we here at Marvel?"

Mosaic trisomy 22 is a genetic disorder that causes three copies of chromosome 22 instead of two, according to WebMD. Though mothers typically suffer a miscarriage when their fetus has the disease, babies that survive suffer from developmental and health complications.

In Anthony's case, he has hearing problems that require a hearing aid which he and his family call "blue ear." One day, he told his mother Christina D'Allesandro that he no longer wanted to wear it because "superheroes don't wear blue ears," she recounted to WMUR. Frustrated, she emailed Marvel's general mailbox where Rosemann read her plea. He decided to send D'Allesandro a note and an image of Hawkeye, a hero best known for being on the Avengers. He told her to say to her son that the character lost his hearing at one point of his career and was still a hero.

"As a fellow parent of a toddler, I can only imagine her situation, so I shared the email to the rest of Editorial, asking how we could help...wondering if there were any artists who would be willing to draw something for Anthony," Rosemann told HealthPop by email. "And just like when Captain America yells, 'Avengers Assemble,' the squad quickly responded."

Then, other members of the team decided to spring into action. Blue Ear was created by Marvel assistant editor Nelson Ribeiro and production artist Manny Mederos, who dedicated their free time to the project. Ribeiro told HealthPop that Blue Ear was a superhero recruited to be part of a "top super secret government agency called Inter-C.O.M." His hearing device lets him hear "an ant hiccup on the other side of the country," he explained. Ribeiro sent Smith an image of Blue Ear using his device to hear people who needed help. Blue Ear invented the hearing device in his home laboratory, Mederos added. He drew an image of Blue Ear -- in the likeness of Smith -- standing with his friend Hawkeye.

"The Blue Ear, along with the other superheroes of Inter-C.O.M., who are all special needs children, have banded together to use their newfound powers to fight crime and teach the world that no matter who you are, everyone has a hero inside of them!" Ribeiro told HealthPop.

While Blue Ear won't be in any upcoming Marvel comics because he's too busy paroling the city and listening for cries of help, he has been seen hanging out with Hawkeye. Rosemann joked that Blue Eye sometimes stops by the Avengers Academy, a training school where Hawkeye teaches young heroes who may join the Avengers team.

"But, (Blue Ear) only appears between the panels," Rosemann said. "He's crafty like that."

D'Allesandro told WMUR that Smith now proudly wears his hearing aid. His school - which is for students with hearing loss - had a superhero week when they saw the artwork.

"I think on a personal level for the creative and editorial staff here at Marvel, if you work on superhero comics it's because on some level, you believe in heroes. So when we learn about someone like Anthony, that belief comes into play," Marvel editor Thomas Brennan told HealthPop. "Our jobs are to make sure kids like Anthony believe in heroes, and we'll do that job, whatever it takes."