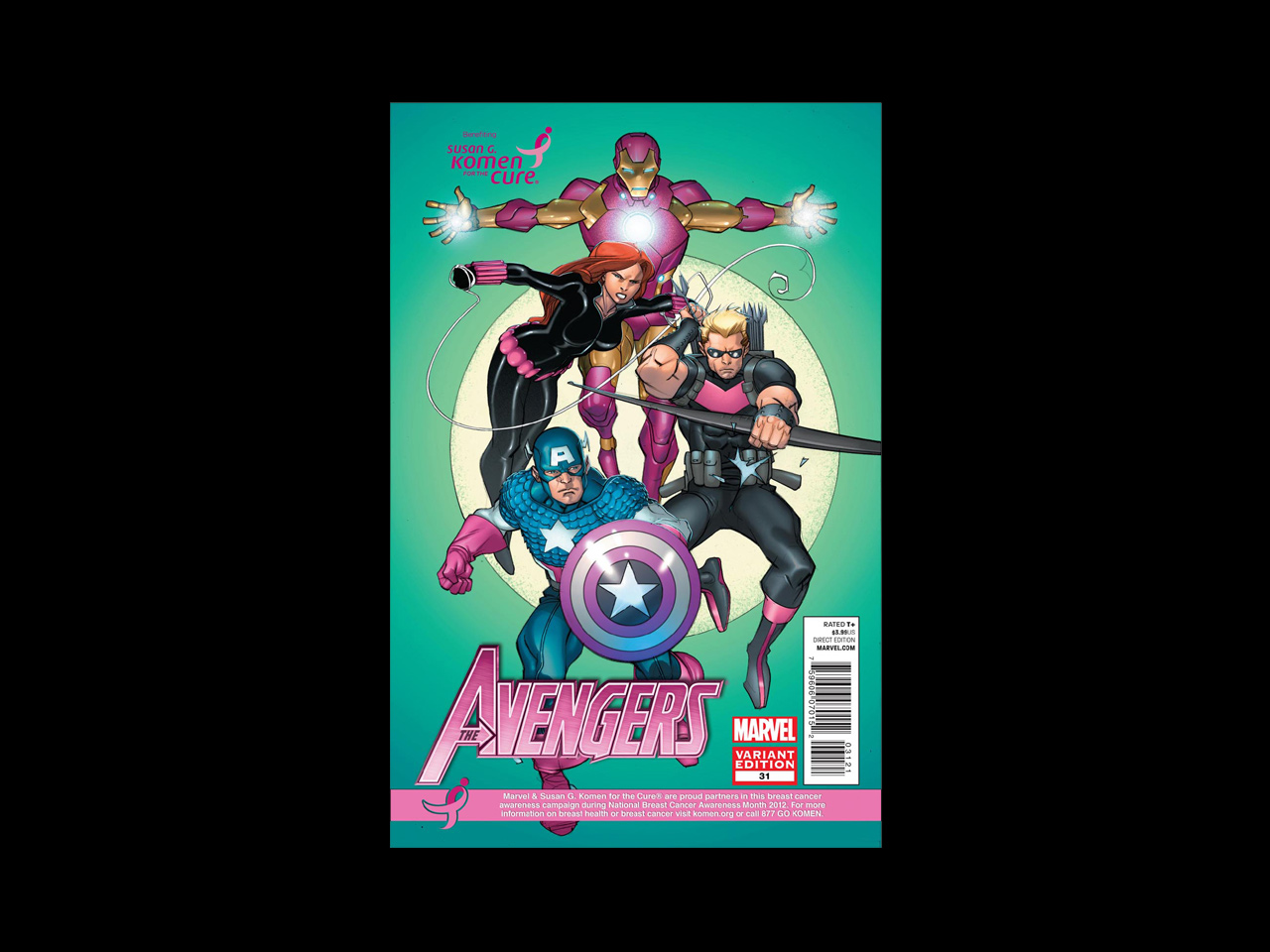 Marvel Comics is partnering up with Susan G. Komen for the Cure to help raise awareness about an issue that sometimes gets overlooked: Male breast cancer.

"It's not exactly something you associate with the male gender," Marvel Comics editor-in-chief Axel Alonso said to CBSNews.com. "Many people have a mother or sister who has been affected by this disease. There needs to be awareness.... It's an illness that's frequently diagnosed too late."

October is Breast Cancer Awareness month, and Marvel Comics and Susan G. Komen are using this unique opportunity to reach a male demographic with important information. In addition to eight pink-themed collectible variant covers of several of their popular series to bring awareness to breast cancer, Marvel Comics is also producing a one-page advertorial about male breast cancer. Popular characters will relay risk factors for male breast cancer and other facts to readers in a comic-style layout. The ad will be available in select print issues and online through Marvel Comics' various social media accounts.

According to Susan G. Komen for the Cure, there will be approximately 2,190 new cases and 410 deaths due to male breast cancer in 2012. While the majority of breast cancer victims are women, there are still 1.2 men out of every 100,000 that will be diagnosed with the disease.

While survival rates are about the same for both genders, men are often diagnosed at a later age because most men don't recognize or complain about the symptoms.

The main types of breast cancer are the same for men and women, according to the American Society of Clinical Oncology. About 75 percent of the cases start in the cells lining the milk ducts and are known as ductal carcinomas. The other 25 percent are lobular carcinomas, which are cancers that begin in the lobules, or milk-producing glands. However, the majorty of male breast cancer are known as infiltrating ductal carcinomas (IDC), meaning they have spread outside the duct and into the surrounding tissues.

Age is a major risk factor for male breast cancers, with the majority of cases diagnosed in men ages 65 to 75, Susan G. Komen for the Cure reported. In addition, women and men who inherited a BRCA2 gene mutation are at a higher risk, with seven percent of these men going on to develop breast cancer by the age of 70. Other risk factors include heavy alcohol use, chronic liver disease and obesity. Some hormone drugs used to treat prostate cancer and exposure to large amounts of radiation can also be a factor.

Alonso said that Marvel Comics' popularity makes them an especially great spokesperson to get people to be aware of the disease.

"We never had Marvel characters have more juice in the outside world," he said. "You have to live under a rock to not know who the Avengers are."