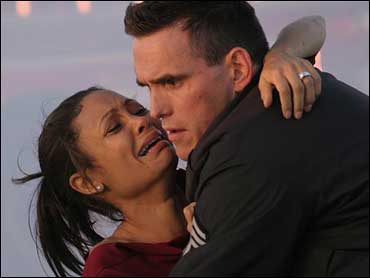 Mark Martin has endured lots of pain in the past year some of it mental and a lot of it physical.

A year ago, even as he mourned the death of his father in a plane crash, Martin was hampered by the disintegration of the two lower discs in his back.

At the end of the 1998 season, he decided he didn't need surgery because his back had responded well enough to treatment. But the pain is worse than ever, and Martin plans to have spinal surgery the morning after the season finale on Nov. 21 in Atlanta, "If I don't chicken out."

The pain was compounded in July when he crashed in Daytona Beach, Fla., breaking his wrist, cracking a couple of ribs and a knee.

Martin didn't miss a race, and most of the injuries have healed now. But his back remains a constant reminder that everything is not right.

"It's been a tough summer," he said. "To try to race through the injuries that I had was pretty tough. I lost an uncle this summer and I lost one of my best friends this summer, and I still miss my dad really bad."

But Martin continues to be optimistic.

"Everybody has tests in their life, and my life has been awfully good," he said. "Just the last 12 months have been a little bit more of a test for me."

Right now, the thing bothering Martin most is the limitation placed on him by his back.

"I can't do many things I want to do, like wrestle with my son on the floor," said Martin, a physical fitness and nutrition devotee. "And I can't just pick up and move a piece of furniture for my wife."

"But I can still manage to drive a race car somehow, and I can still lift weights if I do it right."

FLYIN' IN HAWAII: While the debate rages as to whether there will be a Hawaiian Super Prix in November, work continues on the track being built at Kalaelo Airport, near Honolulu.

The race is a $10 million invitational matching drivers from the top 20 teams in CART, as well as four invited drivers, who compete for a first prize of $5 million. It was supposed to be a pay-per-view event but that deal fell through, and organizers have been scrambling to find a title sponsor and a television outlet.

Retired CART star Mario Andretti, acting as a consultant for the Hawaiian race, took the first drive around the newly paved, 1.67-mile track in a specially equipped Corvette ZR-1.

"It's about as smooth as a pool table," he said after the test last week. "I think it will be a very interesting track because there are several areas where drivers will be able to take different lines.

"Because of that, there will be some racers who will really lve this course and others whose driving style it won't favor."

Andretti said the race should be fun for the fans. There are several tight turns where passing can take place, and some long straightaways where the cars can get up to speed.

"The great thing about the track is that you can see all of the racing going on from any seat."

WINGING IT: The CART series has announced a new rear wing aerodynamic package for eight events in 2000.

In the wake of the success of the Handford Device, a boxy rear aerodynamic wing that slows the open-wheel cars at CART's two superspeedway races in Brooklyn, Mich., and Fontana, Calif. there will now be high- and low-downforce versions.

The initial device was designed in 1998 by Mark Handford, who recently left his job as vice president of engineering and technical director at Swift Engineering to become chief engineer at rival Lola.

The new Handford MkII Device will be used at all small and intermediate ovals and one permanent road course, Road America. It replaces the 9-by-7 inch rear wing originally approved in March for the 2000 season, as well as the 12-by-1.5 inch superspeedway wing used this year in short-oval competition.

Just as the original version does on the big tracks, the newer wings cut a hole in the air that creates drag on the cars, slowing them down and allowing them to run close to each other.

The new wings also are expected to make passing easier and cut costs for development and wing inventory.