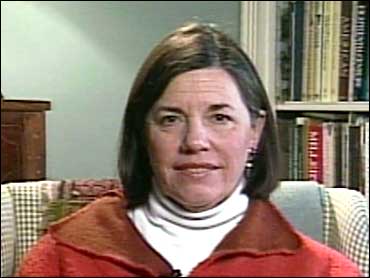 Martha Stewart met with her probation officer Monday morning, following Friday's conviction on all counts for lying during a stock fraud investigation.

She could be sentenced to up to 20 years in prison, but isn't expected to spend nearly that much time in jail. Her famous friends, including Rosie O'Donnell and Bill Cosby, have supported her throughout this ordeal. One not-so-famous friend is Salli LaGrone, who has known her for 25 years.

LaGrone tells The Early Show co-anchor Hannah Storm, her friend Martha is not as others characterize her: arrogant, controlling and penny-pinching.

"That is certainly not the Martha that I know," LaGrone says, "The Martha that I know has always been warm, generous. She's very intelligent. She's very curious. And she's just a great friend. So when I hear that characterization, I always wonder, do they really know the person? Or is this something that they picked up because she is such a public persona? And there has been so much media creating this public persona."

Though LaGrone says she has not been able to talk to Stewart, she is happy to know her friend has a great support system.

She says, "I've been out in Chicago. And now that I'm back home, I'm amazed. Everybody is really there for her and is there to support her."

Asked if she would have liked to see Stewart take the stand to show the jurors the Martha Stewart that LaGrone knows, La Grone says, "I'm not part of her legal team. I was not there to give advice. And I think Martha and her defense team decided that it was not in her best interest to take the stand, or she would have."

Devastating testimony actually in this trial came from two of her friends: a long-time friend and traveling companion, and her former assistant.

On Monday, Stewart met with her probation officer, had a mug shot taken and was drug-tested, something that may seem surreal for the lifestyle diva, who now faces potential jail time. But knowing her friend, LaGrone says, Stewart would likely at this time be taking things a step at a time.

She says, "I think she's one of the strongest women that I've ever had the opportunity to meet. And I think that that strength is what's going to carry her through."

Having been a friend as Stewart was building her business empire, LaGrone was asked what the business repercussions of Stewart's conviction might be.

"I can only speak from my perspective, because I have not had a chance to speak with her directly," LaGrone says. "I know if it was me, I would be devastated. But at the same time, I would have to think somewhere out there, there would be another future for me."

On Monday, Stewart was dropped from the board at Revlon; her radio spots and her TV shows have been cancelled in many markets; she's had to lay off workers; and the stock in her company continues to plummet.

Nevertheless, LaGrone is confident her friend will pull through this.

"I think it's that inner strength that she has," LaGrone says, "I think if you step back, what so many people that I've talked to feel like, is that what happened in this case was really clobbering an ant with a baseball bat. And Martha is stronger than all of that. So I think she will come back."