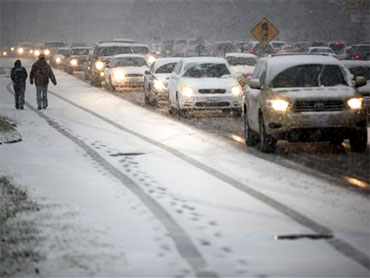 As strange as it sounds, it is a crime to cover up conduct that is not a crime. In other words, just as you can be convicted of attempted murder or attempted conspiracy, you can go to jail for hindering an investigation that ultimately ends up going nowhere. I don't know if Martha Stewart knew all this when she sold her ImClone stock on Dec. 27, 2001. But I'm certain she knows it now.

After three near-full weeks of trial, it is becoming increasingly clear that the government's stock fraud and obstruction case against Stewart and her broker, Peter Bacanovic, is about the echo, not the shout; the shadow, not the form.

Much of the evidence prosecutors have introduced against the defendants fits an insider trading case. Yet the feds haven't charged Stewart or Bacanovic with insider trading. Instead, government lawyers say the defendants broke the law when they lied about why Stewart sold the last few thousand of her Imclone shares.

Prosecutors say the insider trading component of the story merely created the motive for the defendants to behave the way they did, which is either silly (if you believe the defense attorneys) or criminal (if you believe prosecutors). The feds say that Stewart, a former broker herself, and Bacanovic, once a rising star at Merrill Lynch, surely knew that what they were up to wasn't exactly kosher. After all, the feds say, why would anyone deliberately lie about perfectly innocent conduct? The underlying insider trading case, then, will come in the form of a civil action, with its lower burden of proof, where Stewart's punishment could be a fine, not a dank jail cell.

So enter and exit Douglas Faneuil. The government's prize witness, who once worked for Bacanovic and who executed the infamous Stewart trade, testified that he told the domestic doyenne on Dec. 27, 2001 that ImClone chief Sam Waksal and his family were selling off their stock. Faneuil says that he cleared this call with his boss, Bacanovic, who urged him to promptly notify Stewart, their important and fussy client. This testimony, which Faneuil doggedly stuck to despite two decent cross-examinations, helps prosecutors prove that Stewart got a tip to sell her stock. It also proves that Bacanovic knew on the day of the trade that Faneuil was giving Stewart information other ImClone investors would have loved to have that day.

As good as Faneuil was on the stand -- as better than expected as he was -- I'm not sure his testimony proves, by itself, that Stewart or Bacanovic committed the crimes charged. That's especially true since Faneuil told jurors that Stewart never encouraged him to lie.

If anything, Faneuil's testimony implicates Bacanovic more than it does Stewart but I'm not sure of what. Clearly, both Faneuil and Bacanovic broke a Merrill Lynch policy that precludes a broker from telling one client what another client is doing. And clearly what went on that day ought to be taught during "insider trading" day at the Securities and Exchange Commission. But did Faneuil prove obstruction of justice? I'm not yet convinced.

So enter and exit Ann Armstrong. Stewart's secretary told the jury that shortly after the ImClone trade Stewart altered and then quickly ordered restored an e-mail referencing a relevant telephone message from Bacanovic.

Armstrong, who then broke down on the witness stand when describing a gift of plum pudding her boss had given her that Christmas, also told jurors that Stewart never asked her to lie and called her to make sure she had restored the e-mail.

Is this incident proof that Stewart had a guilty mind and something to hide, as prosecutors no doubt will claim during closing arguments? Or is it proof that Stewart wasn't sure how to handle the growing problem-- a sign of confusion, perhaps, but certainly not a crime. A guilty person would delete the e-mail, this argument goes, an innocent person would order it restored.

So enter and exit an audio-taped interview of Bacanovic by SEC lawyers. From the tape jurors heard Bacanovic talk about an arrangement he had with Stewart to sell her Imclone stock at $60 per share. He told the feds that he tried to call Stewart himself on Dec. 27th but couldn't get through. Prosecutors say that Bacanovic was lying during this interview; lying to protect himself and Stewart; lying to the point where it became a federal crime. The audiotape is the closest the feds have yet come to getting to the meat of their case but, again, it's not like Bacanovic confessed to anything more than bad judgment and perhaps a little bit of greed.

U.S. District Judge Miriam G. Cedarbaum has severely restricted the defendants' ability to talk to jurors about why they are not sitting in judgment on an insider trading case. But these jurors, from the look and feel of them, are smart enough to figure out for themselves that there is something odd about a criminal trial that focuses less on substance and more on process, where a person could be sent to jail for covering up conduct that prosecutors can't prove is a crime. With the prosecution winding down its case in chief, and with weeks of defense testimony to come, that's a dynamic that absolutely defies prediction.

The 700 Military Bases of Afghanistan