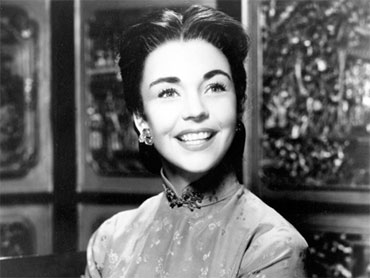 A Securities and Exchange Commission lawyer is back on the witness stand Wednesday, as the government lays out its obstruction of justice and securities fraud case against Martha Stewart.

The heart of the federal case is that she repeatedly lied to investigators about why she sold ImClone Systems stock.

Helene Glotzer, an SEC enforcement lawyer, testified Tuesday about interviews with the homemaking entrepreneur in February and April 2002 — discussions prosecutors say were laced with false statements.

Glotzer said Stewart "said she had no recollection" of being told ImClone CEO Sam Waksal was selling his shares just before she sold hers on Dec. 27, 2001.

Instead, Glotzer said, Stewart claimed she and stockbroker Peter Bacanovic had a pre-existing deal to sell her 3,928 shares of ImClone when the stock price fell to $60 — a deal the government says was invented as a cover story.

"She said she was on her vacation and she didn't want to be bothered," Glotzer said. Stewart sold the stock at a refueling stop in San Antonio on her way to a Mexican resort.

The SEC lawyer also said Stewart claimed in both interviews that she spoke to Bacanovic when she sold her stock. Bacanovic's assistant, Douglas Faneuil, handled the sale.

Glotzer described Stewart's tone at the February 2002 interview in lower Manhattan as curt and annoyed.

"'Can I go now? I have a business to run,'" she quoted Stewart as saying.

Faneuil has testified Bacanovic ordered him to tip Stewart that the Waksals are selling. ImClone stock dropped sharply after the company announced negative news the following day.

But Stewart is not charged with insider trading. The essence of the government case against her is that she lied over and over to the government about the circumstances of the sale.

Glotzer's testimony was intended to show major discrepancies between what other witnesses have testified and what Stewart claimed she recalled — or, in some cases, what she claimed not to recall.

"Either you believe Faneuil, and the regulator, in which case Martha Stewart and Peter Bacanovic are maybe lying to cover something up, or you believe them and think Faneuil is the one who is lying," said CBSNews.com Legal Analyst Andrew Cohen.

Stewart told SEC investigators she had no recollection of any record of a message Bacanovic left for her on the morning of Dec. 27, several hours before she sold ImClone.

The original wording, entered by Armstrong on Dec. 27, was: "Peter Bacanovic thinks ImClone is going to start trading downward." She had taken the message from the broker while he was on vacation in Florida.

On Jan. 31, 2002 — just four days before her first interview — Stewart changed the message to "Peter Bacanovic re imclone," then ordered Armstrong to change it back, the assistant said.

Prosecutor Michael Schachter asked Armstrong: "In your experience working for Ms. Stewart, have you ever observed her alter a phone message like that?"

"It shows a mind by Martha Stewart to cover something up, even though she immediately retracted what she had done," said Cohen. "It shows confusion, it shows that she was uncomfortable on some level with that message being on that computer screen even for a short period of time."

Stewart lawyer Robert Morvillo, trying to limit the damage, asked Armstrong whether Stewart had ever asked her to lie or do anything improper. Armstrong said she had not.

Armstrong said Stewart called her the night of Jan. 31 and asked her to keep trying to restore the original wording.

"Did she ever tell you not to try to restore it?" Morvillo asked.

Prosecutors are trying to show Stewart and Bacanovic worked together to cook up the $60 cover story, in hopes of winning a conviction from the jury on a conspiracy count against each defendant.

But in the February SEC interview, Stewart said she knew Bacanovic had the same recollection she did about the $60 agreement, according to Glotzer.

Glotzer said Stewart was pressed on how she could have such information, and then backtracked and said she did not know Bacanovic's recollection after all.