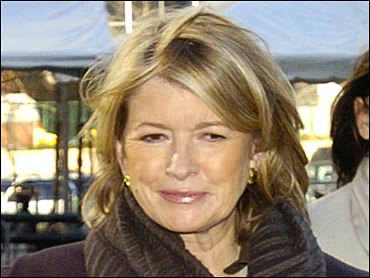 Martha Stewart's top lawyer plans to ask a federal judge to toss out the most serious count against her, securities fraud, before the case goes to the jury.

U.S. District Judge Miriam Goldman Cedarbaum said Wednesday she would allow lawyer Robert Morvillo to argue for the dismissal. The hearing could be Friday, after the government rests its case against Stewart.

The securities fraud count accuses the homemaking mogul of trying to prop up the value of her company, Martha Stewart Living Omnimedia, by lying to investors about why she dumped ImClone Systems stock in December 2001.

The charge carries a maximum prison sentence of 10 years. The four other counts against Stewart carry five years each. Federal guidelines would dramatically reduce the sentence on any charge if Stewart were convicted.

In both statements, Stewart denied receiving advance word on Dec. 27, 2001, just before she dumped ImClone stock, that the government would decline to review ImClone's cancer-fighting drug.

But Stewart also insisted she and her stockbroker had a prior deal to sell ImClone when it fell below $60. The government contends that never happened, and that Stewart was tipped that ImClone CEO Sam Waksal was trying to sell.

The government never charged Stewart with insider knowledge of the government's impending decision, or with being tipped directly by Waksal.

"She denied that she was tipped by Sam Waksal," Morvillo told the judge. "That turns out to be true. Everyone in this courtroom knows it. The essence of the statements she put forward on June 7, on June 12, on June 18, were true."

The judge offered Morvillo 10 minutes when he eventually argues for the dismissal, and he countered by asking for an hour. The judge indicated she would grant him something between those two extremes.

"Even the Supreme Court of the United States doesn't give an hour to argue," Cedarbaum said, chuckling.

Cedarbaum herself has called the charge "novel," but she declined in November to dismiss it before any evidence was heard.

At trial, she has already blocked the government from calling expert witnesses, such as stock analysts, to support their assertion that investors made trading decisions based on Stewart's statements.

Stewart and broker Peter Bacanovic are charged with other crimes, including conspiracy and obstruction of justice, related to Stewart's explanation for her ImClone sale.

Stewart lawyers suggest any boost the stock price received from her statements, on June 12 and June 18, 2002, was short-lived. Martha Stewart Living Omnimedia dropped from $19.01 on June 6 to below $15 on June 19.

But prosecutors pointed to articles that showed investors were jittery about Stewart's connections to Waksal, a longtime friend, after Waksal was arrested on June 12, 2002.

"The government highlights these portions to show what the market thought was important at the time," prosecutor Michael Schachter told the judge outside jurors' presence.

Prosecutors said they expect to rest their case late Thursday or Friday.