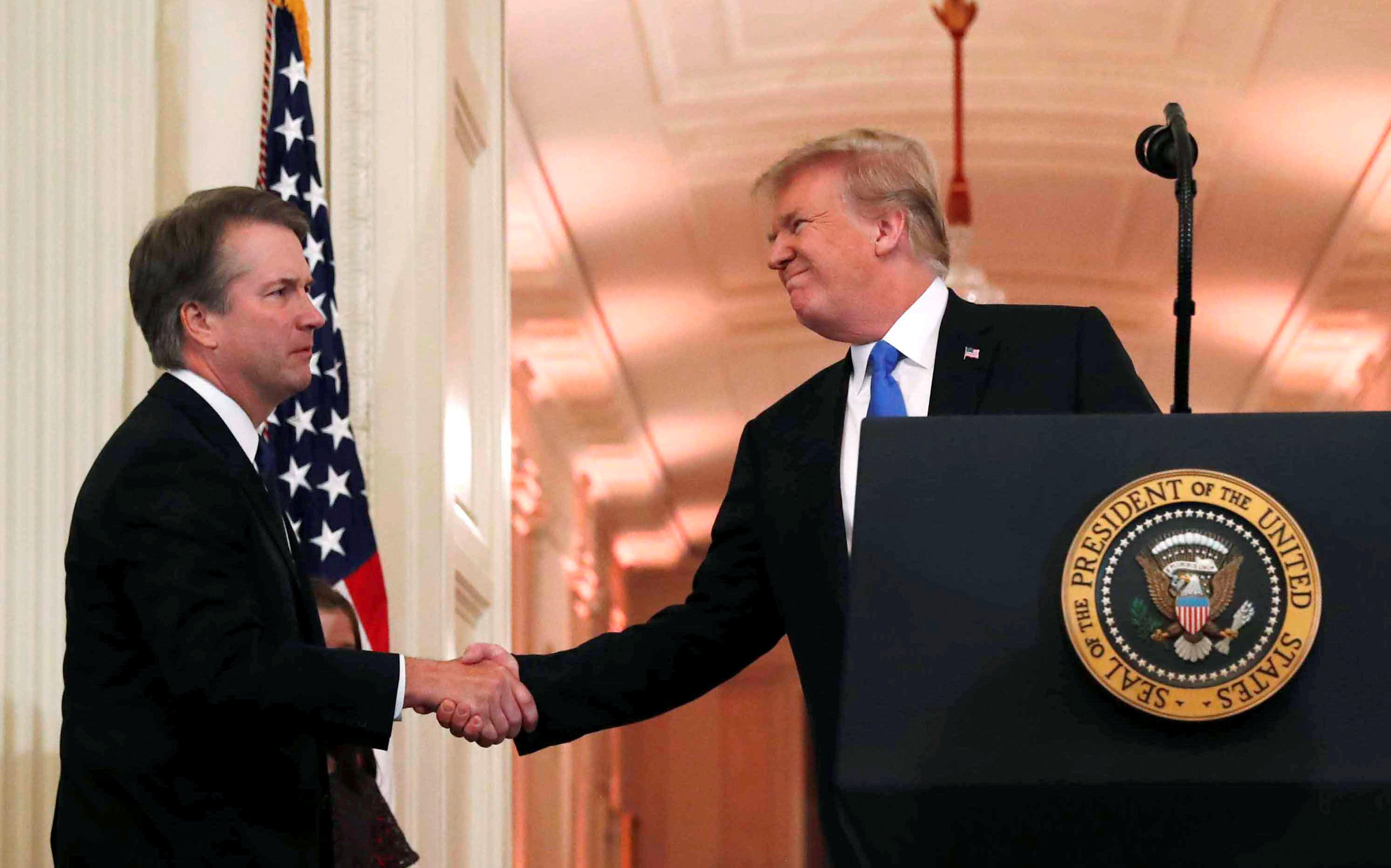 President Trump's choice for Supreme Court, Brett Kavanaugh, credited his mother on Monday for introducing him to the law. "The president introduced me tonight as Judge Kavanaugh -- but to me that title will always belong to my mom," Kavanaugh said when he accepted Mr. Trump's nomination.

Born in Newark, New Jersey, Martha Kavanaugh graduated from Trinity College in 1963 and received her masters degree in teaching in 1968, according to the Montgomery County Circuit Court.  She then taught history at public schools in Washington.

Both of Kavanaugh's parents, Martha and Edward, graduated law school in 1978, according to The Washington Post. Kavanaugh noted in his speech that his father worked full-time and attended law school at night.

"My introduction to the law came at our dinner table when she practiced her closing arguments," Kavanaugh said. "Her trademark line was 'use your common sense, what rings true, what rings false.' That's good advice for a juror and for a son."

Kavanaugh also credited his mother as having "overcame barriers," becoming a Montgomery County Circuit Court judge in 1993. She retired in 2001.

Kavanaugh, 53, grew up in Maryland. He graduated from Yale Law School in 1990, and then clerked for Justice Anthony Kennedy, whose seat he is now taking on the Supreme Court.  Former President George W. Bush, who nominated him to the D.C. Circuit Court, called him a "fine husband, father, and friend – and a man of the highest integrity."