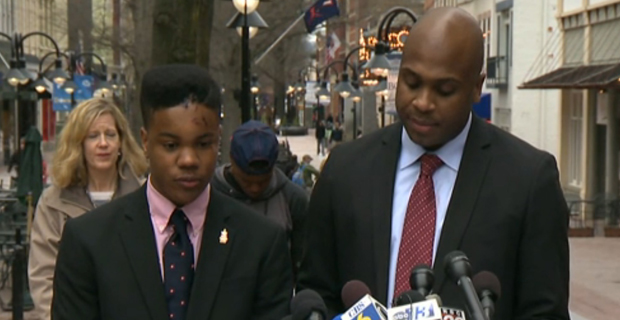 CHARLOTTESVILLE, Va. -- Nearly 100 supporters looked on as a University of Virginia student arrested by state alcohol regulators in a bloody encounter made his first court appearance.

On Thursday, Martese Johnson's case was continued until state police complete an investigation into his arrest March 18 outside a Charlottesville bar.

The 20-year-old Chicago man is charged with public intoxication and obstruction of justice.

Johnson's arrest March 18 has drawn wide attention because images of him with a bloody face spread quickly on social media. He has accused Alcoholic Beverage Control officers of racism. Johnson is African-American.

Supporters in Charlottesville General District Court were dressed in black in a show of unity.

The case was continued until May 28.

Gov. Terry McAuliffe has ordered a state police investigation of the incident. He also signed an executive order Wednesday requiring more training for ABC agents. The training would include lessons in cultural diversity.