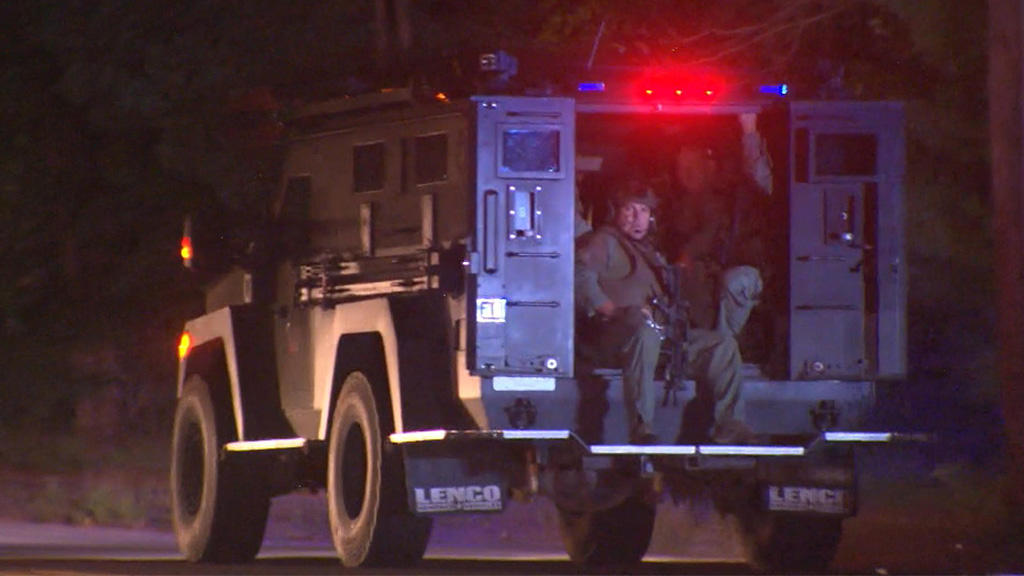 MARSHFIELD, Mass. -- Marshfield Police are searching for a suspect after a woman was shot Monday night, CBS Boston reports. Police say the suspect, 47-year-old Allen Warner, is a person of interest in the death of his wife.

Police aren't saying how the woman died, pending an autopsy, but will say a firearm or rifle was involved.

Marshfield Police had locked down a large area of the town Monday night after the incident, but now believe Warner is no longer in the area.

"Please stay away from the area and stay inside and lock your doors," Marshfield Police said on Twitter and Facebook.

State Police, K9 Units and the Air Wing are all part of the search.

Just before 6:00 p.m. Monday night, Marshfield Police received a 911 call from a woman who reported Warner, her soon-to-be ex-husband, was chasing her in a car. When officers responded to the area of 758 Main Street, they found the woman suffering from facial injuries. She was taken to a local hospital where she was pronounced dead.

"The State Police are requesting the public's help in looking for Mr. Warner," Plymouth County District Attorney Timothy Cruz said. "He is to be considered armed and dangerous, if anybody comes in contact with him, please call 911 immediately, do not approach him."

The shooting happened just down the road from Marshfield High School where several sports teams, including the Duxbury girls volleyball team were practicing.

The Marshfield football team was brought inside during the search. Football player Peter Suzio says coaches and police officers kept them informed about what was happening outside. "Everyone was able to stay calm, and we were just able to get through it," Suzio said.

Police officers escorted all of the students out of the school at about 8:30 p.m.

No other information has been released.