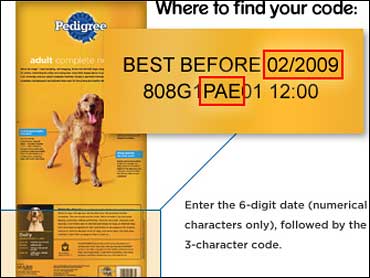 Mars Petcare US announced a voluntary recall Friday of all dry pet food products produced at its plant in Everson, Pa. between Feb. 18 and July 29, citing potential contamination with salmonella.

Mars, in a news release, did not say how much pet food is involved, but said the recall reaches 31 states and various brands and said the action was taken as a precaution.

"Even though no direct link between products produced at the Everson plant and human or pet illness has been made, we are taking this precautionary action to protect pets and their owners," the company statement said.

Mars said it stopped production at the plant July 29 when it was alerted of a possible link between dry pet food produced in Everson and two isolated cases of people infected with salmonella.

Mars said salmonella can cause serious infections in dogs and cats and, if there is cross contamination caused by handling of the pet food, in humans also.

The company said consumers should look for "17" as the first two digits of the second line on the UPC for products affected. For Pedigree products, they should look for "PAE" on the bottom line.