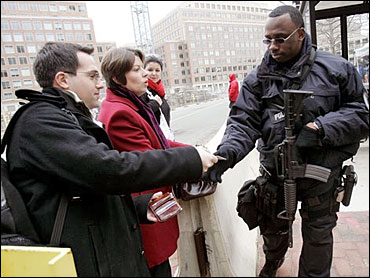 Rookie Bruce Chen had his best outing of his young career, yet it still probably wasn't enough to get him on the Atlanta Braves postseason roster.

Chen gave up only one single in six innings and struck out six, but wound up with a no-decision when Cliff Floyd, who had both Florida hits, added a solo home run in the 10th inning Saturday that gave the Marlins a 1-0 victory over the Braves.

Four Braves pitchers had retired 26 consecutive batters before Floyd hit his 11th home run of the season off Derrin Ebert (0-1) with one out in the 10th.

Chen, who entered the game with a 6.20 ERA, lowered it to 5.47 in his seventh start and 16th appearance with the Braves. He was 6-3 with Triple-A Richmond after entering spring training as the projected fifth starter for Atlanta, but losing out to another rookie, Odalis Perez.

Atlanta manager Bobby Cox has indicated he will only keep nine pitchers instead of 10 for the opening round of the playoffs, going with three catchers instead. Chen is Atlanta's No. 10 pitcher.

"No one has said anything," said Chen, when asked if he had heard whether he would be on the postseason roster when the Braves open the postseason on Tuesday against either Houston or Cincinnati.

"I don't know, but I feel much better about myself," he said.

Chen was starting in place of Terry Mulholland, who pitched 1 1-3 innings of relief in Thursday's 11-inning, 4-3 win over the New York Mets.

Cox, however, said prior to the game that Chen's performance would have no bearing on the postseason roster.

Floyd was the only Marlins player to reach base against the Braves.

"I was looking for a fastball over the plate," sad Floyd. "The guys had told me to look fastball. I was just trying to get some wood on it."

Braves pitchers struck out 13, giving the club 28 in two games against the Marlins. Atlanta fanned 15 in Friday night's 4-1 win.

Floyd had a two-out single in the first inning off Chen. The left-hander then retired the next 16 Marlins in order, striking out six, before Kevin McGlinchy relieved in the seventh.

McGlinchy struck out the first four batters he faced in two scoreless innings, Sean Bergman fanned one in the ninth and Ebert struck out two in the 10th.

Florida starter Ryan Dempster kept pace through the first eight innings before leaving for a pinch-hitter in the ninth. He gave up five hits, walked one and struck out seven.

Cox started all his regulars, but began substituting freely in the third inning.

"You don't like to lose, but we did everything we set out to do today (playing everybody) so I can't complain," he said.