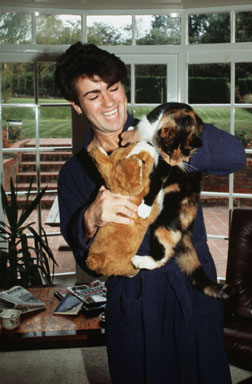 Infielder Craig Counsell, a World Series hero with the Florida Marlins in 1997, was traded to the Los Angeles Dodgers on Tuesday for a player to be named.

Counsell, one of the last four Marlins who remained for their 1997 World Series roster, lost his second-base job to Luis Castillo this year while batting just .152 with two RBIs in 37 games.

Counsell, 28, was designated for assignment last Friday, which meant he would have been placed on waivers if not traded within 10 days.

He complained last week during a meeting with manager John Boles about his shrinking role with the Marlins, saying: "I need a new start ... I need to go somewhere else."

Although Counsell lacks power, with just one extra-base hit this year and four homers in 1998, he bats left-handed an area where the Dodgers have been shorthanded.

Boles said Counsell had not been a problem even though he's made it clear since spring training that he wanted to play more.

"I'm so happy everything's worked out for him," Boles said in Phoenix before the Marlins played the Arizona Diamondbacks Tuesday night. "It seems like the Dodgers are going to be a good fit. We're just hoping he goes there and gets all the playing time he wants and deserves."

The Marlins currently have just three holdovers from the 1997 World Series roster Livan Hernandez, Cliff Floyd and Antonio Alfonseca. Alex Fernandez, who missed the series because of an injury, also remains with Florida.

Los Angeles designated outfielder Brent Cookson for assignment. Playing in three weekend games at Oakland, Cookson had one hit in five at bats after his contract was purchased from Albuquerque of the Pacific Coast League. At Triple-A Albuquerque, Cookson hit .335 with a league-leading 18 homers and 48 RBIs.