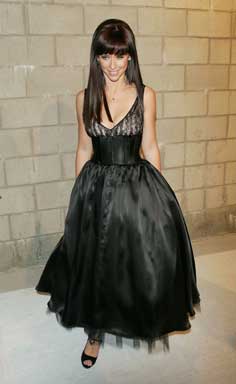 Pedro Martinez is tough enough to beat without giving him any help. So when the Florida Marlins misfired their way to three Boston runs, the Red Sox knew they had all they needed.

The Red Sox scored twice on wild pitches and another on a throwing error, backing eight strong innings by Martinez on the way to a 6-1 victory Friday night.

"Pitching the way he's been pitching, that's all it takes. That's the attitude we have out there," said Boston's Nomar Garciaparra, who went 4-for-5 with two doubles and scored twice.

The teams combined for four wild pitches in all three that allowed runners to score as well as two passed balls and a hit batsman.

"This was another good game," last year's NL Cy Young Award winner said. "I was very on top of my pitches, very much in command of everything."

Martinez got into trouble only twice, giving up a run in the fourth on a wild pitch and working out of a jam one inning later. With a runner on third and nobody out, he struck out Derrek Lee and Gregg Zaun and, after Craig Counsell went 11 pitches to coax a walk, got Joe Fontenot to fly out to end the inning.

"With a man on third, he showed you what he's made of," Marlins manager Jim Leyland said. "Sometimes you've just got to tip your hat to the other guy. Pedro was better than we were tonight."

Fontenot (0-6), a rookie making his seventh start, gave up two earned runs and eight hits in 6 2-3 innings. He matched Martinez through five, but unraveled in the sixth with the score tied 1-1.

Garciaparra opened with a double off the wall in left-center field, then looked like he would be stranded when Fontenot retired Reggie Jefferson and Troy O'Leary.

But with the count 0-2 on Lou Merloni, Garciaparra moved to third when Fontenot threw a pitch that skipped away from Zaun. Fontenot's next delivery also bounced to the backstop, allowing Garciaparra to score.

"Things were going so well," Fontenot said. "I was throwing the ball well I was keeping it down, mixing my pitches up, my fastball was working. Then things got a little tough later in the game."

The Red Sox added two runs in the seventh, again aided by a wild pitch. Benjamin doubled and scored on Darren Bragg's infield single. After Garciaparra singled, Felix Heredia relieved Fontenot and threw four straight balls to Jefferson, the third bouncing off Zaun's glove for a passed ball and the fourth going as a wild pitch.

Despite Zaun's problems, Leyland refused to make him a scapegoat. "Sometimes it's a short trip from the penthouse to the outhouse," he said. "The kid had a tough night. hat's part of the game."

Jefferson hit a two-run homer in the ninth off Brian Edmondson to complete the scoring.

Garciaparra's four-hit performance extended his hitting streak to 18 games, the second longest of his career following an AL rookie-record 30-game run last year. It was the fifth four-hit game his short career and first this season.

Martinez's wild pitch allowed Florida to grab a 1-0 lead in the fourth. Todd Dunwoody doubled off the left-field wall, went to third on a groundout and scored when a 2-2 pitch to Mark Kotsay eluded catcher Scott Hatteberg.

Boston tied it in the fifth with an unearned run. Merloni was hit by a pitch, went to third on Hatteberg's double and scored when third baseman Todd Zeile bounced a throw home on Benjamin's grounder.

Notes: Florida's Livan Hernandez is second in the NL at 119.3 pitches per outing after throwing 152 to beat Tampa Bay on Thursday. "I really don't think about it," he said. "I'm thankful that I've never had any arm pain, and I don't think I will have any arm pain." ... The loss was only Florida's third in nine games. Since ending an 11-game losing streak June 8, the Marlins are 10-8. ... Boston's Mo Vaughn aggravated his strained right hamstring while beating out an infield single in the first, then left the game after he flied out in the fourth. Manager Jimy Williams said Vaughn probably would take the next few days off.